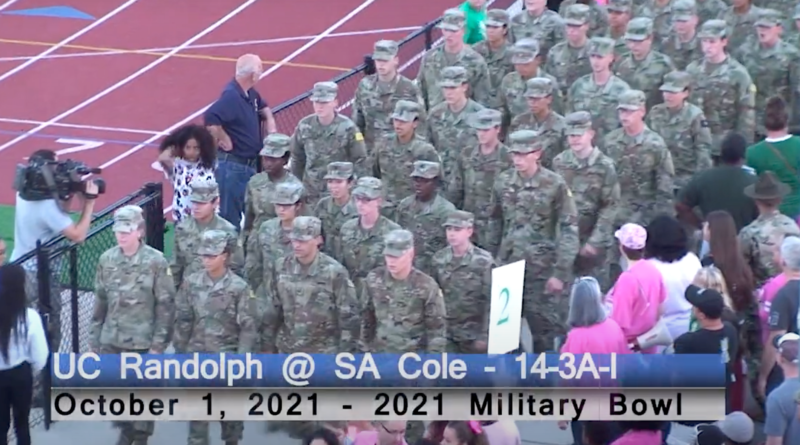 SAN ANTONIO, Texas – The rivalry between Universal City Randolph and San Antonio Cole features the only two high schools in the country that play their high school football games on military installations.

Randolph won Friday’s game 14-6, but this rivalry is about much more than football.

Here’s a look behind the scenes at the 2021 Military Bowl: