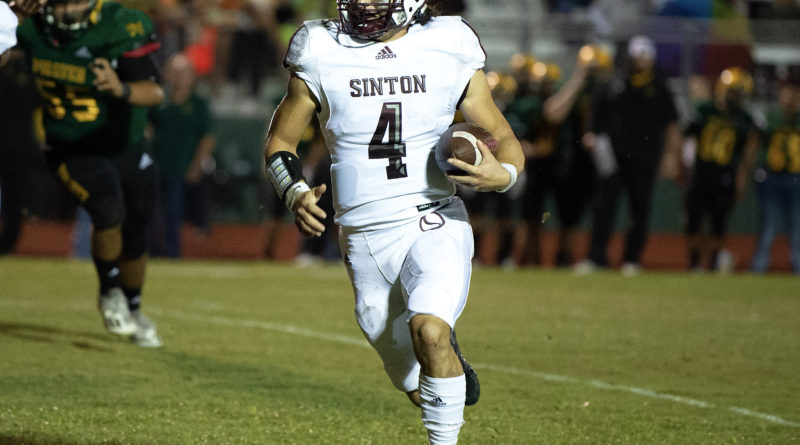 Galvan’s TD pass came on the heels of a wild sequence that saw fumbles by both teams, with Rockport-Fulton recovering the second fumble on their own 2-yard line. Rockport-Fulton quarterback Ace Seibert then connected with Luke Muirhead on a remarkable 98-yard catch-and-run touchdown pass to tie the game at 21-21 with 3:23 left.

John Chupe had 100 yards rushing for Rockport-Fulton (4-1) and Seibert finished with 160 yards passing and two touchdowns.

The win puts Sinton (4-1) in a great position in the District 16-4A Division II race as they host Port Isabel next week for homecoming. Rockport will make a road trip to Rio Hondo next week.