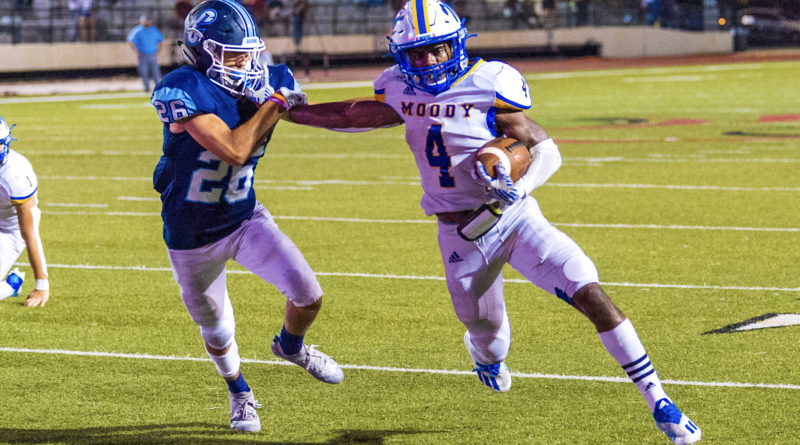 CORPUS CHRISTI, Texas – DQ Lindsey rushed for four touchdowns – including three in the first half – to lead Corpus Christi Moody to a 41-17 victory over the Carroll Tigers on Thursday night.

Running a flexbone style offense, Moody scored on its second possession of the game and never looked back. Lindsey and senior running back Nathaniel Sada dominated on the ground for the Trojans, with Lindsey’s third touchdown of the first half giving Moody a 21-10 lead at halftime.

Sada scored on a four-yard run in the third quarter to extend the lead to 28-10, then Jaydrenn Saucedo scored on a one-yard run to make it 35-10. Lindsey tacked on his fourth touchdown run of the night in the fourth quarter.

Leroy Rodriguez (14-yard run) and Jonathan Ore (42-yard run) accounted for both of Carroll’s touchdown. Ore also had an interception in the first half.