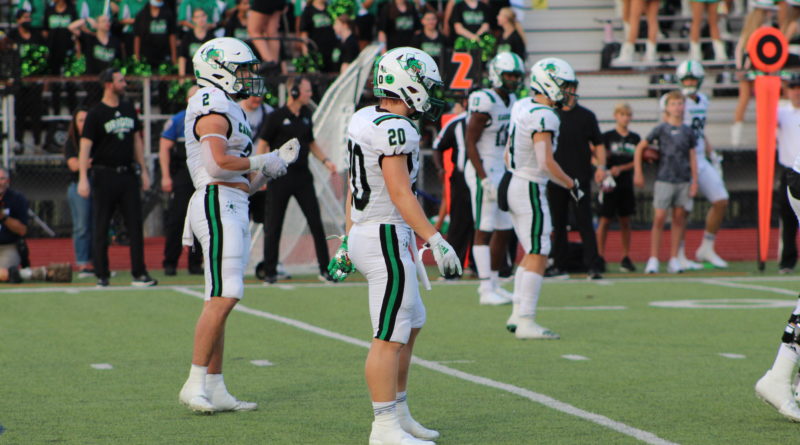 Here are all 39 Texas high school football games featuring a team from SBLive’s Texas Top 50 scheduled for Week 3. This weekend’s action will be highlighted by a loaded Friday slate that includes seven matchups pitting ranked teams against each other. Take a look at this week’s Top 50 games below:

Denton Guyer, one of the two newest teams to enter the statewide top 10, will take the field looking to stay unbeaten against a winless Mansfield Lake Ridge squad after grinding out a 14-7 overtime victory against rival Denton Ryan. Thursday night’s action will be highlighted by a trio of Houston-area clashes in 6A and 5A DII. Spring will host Tomball Memorial in matchup of defending district champs. The Lions have rolled to dominant victories in back-to-back weeks thanks to their prolific offense led by senior quarterback Bishop Davenport, a Utah State commit, who has racked up 764 total yards and 10 total touchdowns in two games. Fort Bend Marshall, one of the state’s top-ranked teams in 5A, will travel to Galena Park in a clash between two playoff teams from 2020. The Buffaloes are averaging 58.5 points per game after dominant wins against Houston Eisenhower and Fort Bend Elkins, a pair of 6A squads, to begin the season. Cypress Park will host Lamar Consolidated in the third high-profile Houston area contest of the night. The Tigers are off to one of the hottest starts in all of Texas high school football after averaging 65.0 points per game in their first two games. Cy Park will be led by one of the top two-way stars in the state: senior linebacker and running back and Oklahoma commit Harold Perkins (254 total yards, four TDs; three tackles, sack).

Class 5A Division I

Class 4A Division I

Seven ranked-versus-ranked matchups headline Friday’s jam-packed slate. Lake Travis will visit Rockwall in the weekend’s only battle between top 10 teams. The Cavaliers and Yellowjackets each boast strong defensive fronts and explosive offenses led by Rockwall senior quarterback Braedyn Locke, a Mississippi State commit, and Lake Travis junior quarterback Bo Edmundson, who holds multiple offers from Power Five programs. Three other top five teams — Katy, Southlake Carroll and North Shore — will each travel this week for significant road tests against ranked opponents. Katy will head to Dickinson looking to stay unbeaten behind the strength of its defense (7.0 ppg allowed), while the Gators will aim to rebound following a one-possession loss at Fort Bend Ridge Point last week. Carroll used a 19-0 comeback against Rockwall Heath last week to surge to 2-0, and the Dragons will face another tough test traveling to Prosper after the Eagles broke their stadium record for points scored in a 63-7 rout of Mansfield Lake Ridge. North Shore’s defense, meanwhile, has proven to be one of the state’s top units (8.5 ppg allowed) in wins over Klein Collins and Alvin Shadow Creek, but the Mustangs might be in line for their stiffest competition yet when they travel to face unbeaten Spring Westfield in a matchup defined by two of the Houston area’s premier defenses. In other games featuring two ranked squads this Friday, Arlington Martin will look to build off a solid Week 2 victory, its first of the season, against Midland Legacy. Martin rolled to a 59-15 victory over Carrollton Hebron last week behind the strength of its offense, but the Warriors will have to lean on their offense to contain a high-powered Rebels’ offense (44.0 ppg). Allen will be searching for a bounce-back performance after losing at home for the first time in Eagle Stadium history last week. The Eagles will face another early-season challenge at home against Cedar Hill this week as two of the DFW’s top teams try to stay above .500 before district play begins. Cypress Bridgeland travels to face The Woodlands in another high-profile Houston area clash in what will be a third straight major test for each team. Bridgeland crushed Klein Cain to start the season and pulled out a close win over Alvin Shadow Creek thanks to a strong defensive front seven and a dynamic offense led by senior quarterback and Texas A&M commit Conner Weigman (886 total yards, 10 TDs). The Woodlands has weathered talented passing attacks before against Langham Creek and Houston Lamar and come out on top and have a talented quarterback too in sophomore Mabrey Mettauer. The Highlanders’ talented defense led by linebacker and Texas A&M commit Martrell Harris positions them to contain the Bears’ potent offense and push Bridgeland in a battle of unbeaten.

Four games dominate Saturday’s Texas high school football lineup for Week 3 with a trio of contests in the Houston area and a primetime matchup in San Antonio. Atascocita, fresh off snapping Allen’s 122-game home winning streak in Week 2, will look to keep its hot start going with its second straight road game against Klein Oak. The Eagles have averaged 44.5 points per game to start the season, while Klein Oak struggled in a shutout Week 2 loss to Spring. Klein Collins, meanwhile, will look to get its first win of the season in upset fashion against Katy Tompkins on the road after the Eagles picked up back-to-back wins against Magnolia and League City Clear Springs. Ridge Point will host C.E. King in the top matchup of the day that will pit two elite offenses against each other led by King senior running back Jerrell Wimbley (473 rushing yards, five TDs) and Ridge Point (577 total yards, six TDs), a pair of FBS-caliber recruits.