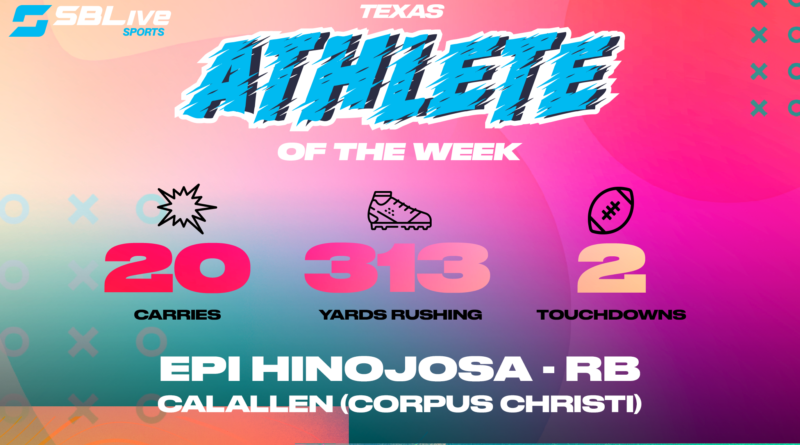 Congratulations to Corpus Christi Calallen running back Epi Hinojosa for being voted SBLive’s Texas High School Athlete of the Week for Aug. 23-29!

The junior led the state in rushing for Week 1 after running for 313 yards and scoring two touchdowns on 20 carries and led the way in Calallen’s 41-19 win over Gregory-Portland.

Hinojosa ran away with this week’s honor, receiving 79.47% of the total vote.

Hernandez grabbed six receptions for 236 yards and four touchdowns, including a 90-yard touchdown catch, in Cathderal’s 54-0 win over Tornillo.

Weigman threw for 365 yards on 21-of-28 passing, ran for 120 yards and added a 45-yard touchdown reception to account for eight total touchdowns to lead Bridgeland to a 54-14 win over Klein Cain.