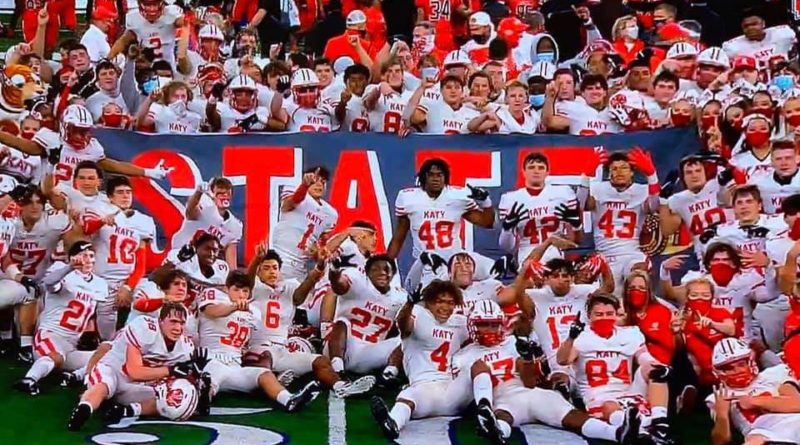 Katy holds the top spot in SBLive’s Region III Preseason Top 25 after culminating a 14-1 season with a state championship in the 6A DII playoffs. The Tigers are set to bring back their leading passer (junior Caleb Koger), receiver (senior Nicholas Anderson) and rusher (junior Seth Davis) and an elite defense led by defensive end and Texas A&M commit Malick Sylla and linebacker and USC commit Ty Kana.

Katy is one of three District 19-6A teams to earn a spot in the Region III preseason rankings along with No. 4 Katy Tompkins and No. 17 Katy Taylor.

Galena Park North Shore checks in at No. 2 after its 14-1 season and run at a third consecutive state championship ended in the 6A DI state semifinals. The Mustangs, who earned marquee wins against several of Region III’s top teams last year, will be an early-season favorite to contend for a regional championship again in 6A with one of the state’s most talented defenses led by cornerback Denver Harris and defensive lineman Kristopher Ross, both Texas Longhorns commits.

Humble Atascocita, North Shore’s District 21-6A rival, clocks in at third with a pair of DI prospects — offensive tackle Kam Dewberry and wide receiver Keith Wheeler — anchoring one of the region’s strongest offenses.

Tompkins and Manvel, the first Class 5A team to make an appearance on this list, round out the top five at No. 4 and 5, respectively.

Katy Tompkins advanced to the regional semifinals in the 6A DI playoffs during a 10-1 campaign last year, while Manvel ended its season in the 5A DI regional finals to conclude a 9-2 season.

The Mavericks will boast one of the top defenses in the state with four DI commits returning to the starting lineup and bring back a pair of 1,000-yard rushers offensively.

Cedar Park (No. 8) and Fort Bend Marshall (No. 9) join Manvel as the other 5A teams to crack the preseason top 10.

Cedar Park welcomes a new head coach after a 14-1 season and run to the 5A DI state championship game, while Fort Bend Marshall advanced to the 5A DII regional finals during a 12-1 season.

The Buffaloes bring back an experienced offense highlighted by offensive lineman Christian Williams and wideouts Jaydon Johnson and Chris Marshall, all DI prospects.

Carthage rounds out the top 10, becoming the first sub-5A program to earn a spot in SBLive’s preseason rankings after a 14-0 season and 4A DII state championship last season.

The Bulldogs will be the team to beat in Class 4A this season riding a 30-game winning streak and Oklahoma Sooners commit Kip Davis leading a stout defense at linebacker.

Carthage is joined by El Campo at 25th as the only sub-5A team to earn spots in the preseason rankings. The Ricebirds will be led by dynamic junior back Rueben Owens, the top-rated Class of 2023 running back recruit in Texas, offensively and should be one of the region’s top teams in 4A DI.

5A DII regional champion Crosby checks in at 22nd after a 9-4 season that ended in the state championship game.

A trio of 5A DI defending district champs joined Manvel in making the preseason rankings, as Katy Paetow, Dripping Springs and Port Arthur Memorial make appearances at No. 18, 20 and 21, respectively.

Alvin Shadow Creek (No. 6), Pearland Dawson (No. 7) and Pearland (No. 19) represent another trio of district rivals from 23-6A to crack the SBLive preseason rankings.