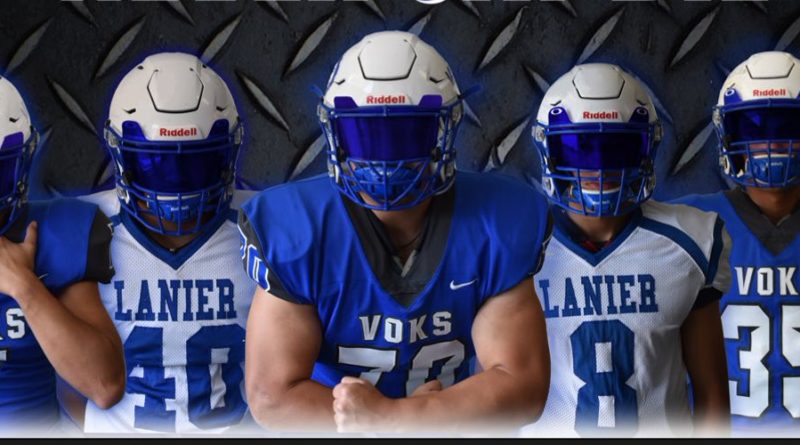 In anticipation of the start of the 2021 Texas high school football season, SBLive is breaking down the top teams and players in every classification level around the state before the season kicks off.

We began our 2021 football season previews by analyzing the Class 6A squads throughout Region IV. Now we’ll look at the top teams and highlight players to watch among Class 5A Division I teams in Region IV in addition to predicting the playoff field and regional championship matchup.

The district title race and playoff hunt in 13-5A DI will be among the most competitive in Region IV this season. San Antonio Brackenridge, Highlands and Lanier will be among the top contenders for the district crown in 2021 after all three teams finished with one loss in district play during a shortened regular season last year. Lanier should hold the inside track at the start of this season after beating Highlands head-to-head and splitting two games against Brackenridge last season. The Voks locked up the district’s top seed in the playoffs last year thanks in large part to a defense that held opponents to 11.8 points per game. Lanier brings back 13 starters, including a trio of third-year defensive starters in linebacker Adam Alvarado and defensive linemen Victor De Los Santos and Michael Garcia.

Brackenridge and Highlands, meanwhile, should each feature strong offenses after returning eight and nine starters, respectively. Second-year Highlands quarterback Jacob Gutierrez should be one of the district’s top playmakers after throwing for 934 yards and 12 touchdowns last year. He’ll be supported by running back D’Marrion Gonzalez (443 rushing yards, six TDs) and wide receiver Luis Ortiz (215 receiving yards, five TDs) in an Owls offense that averaged 31.0 points per game last season. Brackenridge will benefit from having three returning starters on the offensive line and the talented trio of quarterback Richard Lopez, running back Xaviur Camargo and receiver Marcquise Anthony back as well. All will likely have to pitch in defensively for the Eagles too with limited team experience on that side of the ball.

“(Our biggest strengths are) being focused on the right things and our communication as a team,” Camargo said. “What will separate us from others is our determination. Everything we do will translate on the field.”

The final playoff spot in this nine-team district will likely be decided among four squads: San Antonio Burbank, Jefferson, Memorial and Sam Houston. Jefferson and Sam Houston will be in the thick of the postseason hunt thanks to experienced starting quarterbacks and game-breaking wide receivers. Memorial should have a distinct advantage, however, with two capable QBs coming back after junior Samuel Hernandez took over midseason for senior Elijah Cantu. The Minutemen bring a district-leading 42 lettermen and 17 starters back, including 10 starting defenders from a unit that kept them within a possession in their two losses to Brackenridge and Jefferson.

San Antonio Southside enters the season as the defending district champs and the team to beat in 14-5A DI after a 9-1 campaign in 2020. The Cardinals return five starters offensively led by senior quarterback Richard Torres, a Nebraska Cornhuskers commit, who threw for 1,149 yards and 18 touchdowns and ran for 276 yards and five touchdowns in seven games. Southside’s biggest strength in 2021, though, will be its defense that features six returning starters. Defensive lineman Cody Wilkerson (51 tackles, 19 TFL, 3 sacks) and the linebacker trio of Matthew Castaneda, Jeremiah Hall and Jacob Montoya will anchor a Cardinals defense that allowed 11.6 points per contest in seven games.

“I think we can carry everything we had last season into this season but just better. We had some great players leave but we also have great players this year too,” Wilkerson said. “We’re going to do what we do best: Win games and have fun doing it too.”

Southside’s crosstown rivals San Antonio Southwest and Southwest Legacy will push the Cardinals for a shot at a district title in 2021. Southwest brings back 18 starters, including all 11 offensively, to lead the district in that category. The Dragons will hope to continue riding the surge of momentum generated during a six-game winning streak late last season to earn a trip to the regional semifinals. Southwest senior quarterback Nathan Gomez (890 passing yards, 12 TDs) and running back Jake Friesenhahn (508 rushing yards, four TDs) should excel behind a veteran offensive line. Southwest Legacy will look to improve upon a second-place finish in district play last year with an explosive offense highlighted by the quarterback-wide receiver combo of Zezar Tovar (1,422 passing yards) and Javier Murrillo (446 receiving yards). Eagle Pass Winn, Laredo Cigarroa, Laredo Martin and Rio Grande City will scrap it out for the district’s fourth postseason berth. Cigarroa and Martin were each limited to three regular-season games due to COVID-related cancellations, while RGC welcomes back 10 lettermen to a program now under the direction of Jesus Lozano, who previously coached the Rattlers from 2004-08. Winn should have the inside track as the Mavericks bring back 25 lettermen and 10 starters from their group that advanced to the area round of the playoffs last season.

Three out of the four 15-5A DI teams that made the postseason in 2020 won their bi-district round games and two — Corpus Christi Veterans and Corpus Christi Flour Bluff — faced off in a rematch for the Region IV-5A DI title and a trip to the state semifinals. Corpus Christi Vets enters this season as the reigning district and regional champions after a 13-1 finish last year. The Eagles enter this year as the early-season favorite to finish atop the district standings again with four starters back on each side of the ball. Offensively, junior quarterback Eli Durrette takes over after throwing for 562 yards, seven touchdowns and no interceptions in considerable playing time as a backup last season. He’ll have one of the top receivers throughout South Texas to throw to in senior wideout Cameron De La Pena (1,217 receiving yards, 14 TDs) and a strong offensive line bolstered by returning starters Jeremy Hernandez and Ean Perez, a Texas Sports Writers Association second team all-state honoree, at tackle.

“As a team we’ve been working really hard on creating a bond with each other,” Villegas said. “I’ve become a lot closer with a lot of guys that I didn’t really know too well and I can say that goes for a lot of other guys on the team as well. All the guys on the team have been putting in a lot of extra work this summer and we’re improving rapidly. We’re just gonna go into this season with the same mindset we had last: Win the region finals.”

Victoria West returns a deep receiving corps, a strong front seven defensively and an offensive line anchored by a pair of third-year starters. The Warriors should capitalize on their regional semifinal appearance last season with a return trip to the postseason. Gregory-Portland and Victoria East will likely duel one another for the district’s final playoff spot. Both will need to rebuild offensively, but Gregory-Portland’s edge in experience in the trenches should help vault the Wildcats into the postseason.

McAllen Memorial and Weslaco East split the 16-5A DI district title last year after the 10-team district was divided into two five-team zones during the shortened regular season. East became the only team within the district to advance to the area round of the playoffs and enters this season as the early favorite to repeat. Memorial must replace head coach Bill Littleton, the program’s all-time wins leader who retired in June, but the Mustangs will maintain some continuity after promoting former defensive coordinator Moses Patterson as his successor. McAllen Memorial’s historically run-first offense should open up more vertically, but remain one of the top rushing units in the Rio Grande Valley thanks in large part to the program’s size and athleticism up front.

“For us linemen, it’s the fact that we know we are going to start doing something we love, which is playing football with our brothers and the pride we get knowing that we are representing our school in a way not many people can,” McAllen Memorial junior offensive tackle Thomas Domain said. “(Our O-line and D-line play) will be one of our strengths in this upcoming season.”

This district, however, should be decided by elite defense. Memorial defensive lineman Marcos De Ochoa tallied 76 tackles and eight sacks — more than any other 16-5A DI team — in 2020 and headlines a Mustangs’ defense with nine starters back. East will also boast a strong front seven led by linebackers Joe Lugo and Rangel Silver and defensive lineman Josue Moralez. In a tight race for the district’s third and fourth playoff seeds, McHi senior quarterback Hunter Curl (1,207 passing yards, nine TDs; 466 rushing yards, five TDs) should help lead the Bulldogs back to the postseason for the first time since 2017 in his third year starting. McAllen Rowe should also be able to punch a return ticket to the playoffs with quarterback Mateo Llanes (467 passing yards, five TDs; 402 rushing yards, three TDs) back leading an explosive offense and a defense the returns eight starters highlighted by a deep secondary.