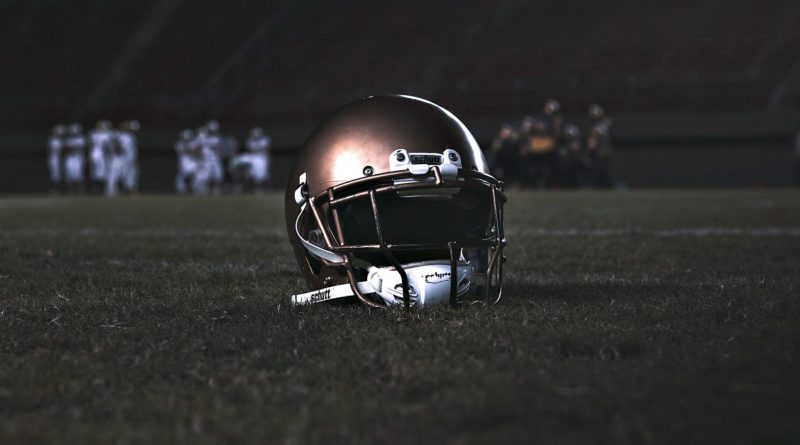 Who’s the most accurate passer in Texas high school football? Who’s positioned to put up a lot of points behind center this season, and which quarterbacks are set for breakthrough seasons?

We’ll answer these questions and more in the coming weeks by analyzing the top 10 players at every position in Class 6A, 5A and 1A-4A heading into the 2021 Texas high school football season.

This week, we’re talking about quarterbacks.

Tennison took the reins of Gilmer’s offense during his first full season as the team’s starter as a junior in 2020. He helped lead the Buckeyes to a 14-2 overall record, a district title and a trip to the Class 4A Division II state championship after throwing for 3,866 yards and 40 touchdowns off 241-of-380 passing. He tallied an additional 985 yards and 10 touchdowns on the ground, including five games with 100 rushing yards or more. Tennison scored four or more touchdowns in six games last season highlighted by a 12-of-12 night against Canton with 361 yards and five touchdowns through the air. Tennison, a three-star recruit according to 247 Sports, committed in early June to play for the UTSA Roadrunners and former Gilmer head coach Jeff Traylor.

Dickey checks in as the first private school quarterback on this list after helping lead Austin Regents to a 10-0 record and TAPPS Division II state championship in 2020. During his junior season, Dickey threw for 1,861 yards and 25 touchdowns while adding 741 rushing yards and 14 rushing touchdowns during his junior year. He also helped the Knights’ offense score 45.1 points per game last season and helped the team outscore its opponents by a combined 102 points during a four-game state title run. Dickey has received multiple DI offers since the end of the season and committed to Vanderbilt in late April. He returns along with five other offensive starters to a Regents squad that’s poised for another deep postseason run in 2021. With a full 10-game regular season this year and playoff games likely afterward, expect Dickey’s numbers to balloon with extra experience and more opportunities to see the field this season.

McCown logged his first season at Rusk as a junior in 2020 after starting his high school football career at Myers Park High School in Charlotte, North Carolina. In his debut season with the Eagles, McCown helped lead the team to the 4A DII playoffs after finishing fourth in District 10-4A DII. Rusk, however, became one of seven teams in Texas high school football that had to forfeit a postseason game after the Eagles were unable to take the field for their bi-district round game against Salado due to COVID-19. Nevertheless, McCown threw for 1,080 yards and nine touchdowns on 91-of-178 passing, ran for 270 yards and eight and garnered first-team all-district honors. McCown, the son of former NFL quarterback Josh McCown, is tabbed as a three-star recruit by 247 Sports who has collected offers from a number of DI programs. He committed to Colorado in mid-March and should be set for another big year in his second season under center for Rusk in 2021.

Schuckers earns the top spot among all 2A quarterbacks on this list after a goliath junior season at Lindsay. During his second season starting for the Knights in 2020, he connected on 258 of 367 passes (70.3% completion rate) for 4,212 yards and 54 touchdowns compared to eight interceptions. Schuckers tacked on 280 yards and seven touchdowns on the ground, too, while leading Lindsay to the regional semifinals in Region I of the 2A DI playoffs and an 11-1 overall record. For his career, the Knights’ signal caller has recorded 7,556 yards and 88 touchdowns through the air and completed 67.5% of his passes through 24 games. After topping the 400-yard passing mark in five games this past season, Schuckers should be poised to surpass several significant career milestones with another big season as a senior and third-year starter in a Lindsay offense that brings back six starters. He makes the Knights a dangerous North Texas squad in the 2A DI playoffs with a 4-2 career postseason record.

Bishop becomes the first quarterback in Class 3A to crack this list after putting together a sensational season at Childress in 2020. He emerged as an elite dual-threat option and one of the top passers in North Texas too. Bishop threw for 3,033 yards and 32 touchdowns on 187-of-343 passing while also running for 1,022 yards and 16 scores. He helped lead the Bobcats to an 11-3 and an appearance in the Region I championship game in the 3A DII playoffs, where he hit his stride. Bishop accounted for 1,190 total yards and a combined 13 passing and rushing touchdowns during the Bobcats’ four-game postseason run. He used his biggest rushing performance of the season — which included 181 yards and three touchdowns — to power Childress past Crane in a tight area-round playoff matchup. His top passing performance came in a Week 1 shootout win versus Panhandle where he threw for 497 yards and five touchdowns. Bishop will have Childress ready to compete with District 3-3A DII rival and defending state champion Canadian for the district crown, and should have the Bobcats in the mix for a regional title again if he can duplicate or improve upon his 2020 season.

Stewart established himself as one of the top passers throughout Class 3A Division I as a sophomore last season. During his second year starting at Orange Grove, he elevated his game after a breakout freshman season and tallied 3,446 yards, 39 touchdowns and six interceptions on 231-of-382 passing in 2020. He added 271 rushing yards and four rushing scores while helping lead the Bulldogs to an area-round playoff appearance. Stewart now enters his junior campaign and third year starting behind center with 6,170 total yards and 66 total touchdowns in 21 career games. He’ll be looking to get the Bulldogs deeper into the postseason this year after experiencing his first taste of playoff football last fall. Orange Grove will have several new starters on the offensive line this season, but expect Stewart to take another step forward leading the team’s offense and continue developing into one of the top passers throughout Region IV.

Galloway excelled in 2020 in his second season as the starter at Boerne. He threw for 2,703 yards, 30 touchdowns and six interceptions on 201-of-306 passing. Galloway improved his completion rate by 9.9% from his sophomore to junior season while attempting deeper passes, but his game grew most on the ground. During the 2020 campaign, Galloway rushed for 420 yards and eight touchdowns to add an element to his game. He returns for his third year leading the Greyhounds’ offense as one of the premier dual-threat quarterbacks in Region IV with a 16-7 record as starter and 5,689 total yards and 68 total touchdowns throughout his career. Galloway should hit the ground running in 2021 after recording the best passing performance of his high school career to date after throwing for a career-high 386 yards and four touchdowns on 25-of-39 passing in a shootout loss to Corpus Christi Miller in the regional semifinals of the 4A DI playoffs. He earned an honorable mention all-state selection for the Texas Sports Writers Association in 2020 and should thrive with six other offensive starters back with him.

Fennegan checks in as the second consecutive signal caller in 4A DI on this list after leading Melissa to an 11-2 record and second-place finish in District 7-4A DI last year. As a junior in 2020, he notched 2,721 passing yards and 37 touchdown passes to lead the Cardinals to the regional semifinals in Region I. Fennegan led a Melissa offense that averaged 50.4 points per game last season. He should be poised to continue building upon that reputation as an explosive offense with four other starters and several key contributors back including backs Jaylen Williams and Ashton Mitchell-Johns, and receivers Luke Fowler and Jacob Kusano. The Cardinals reside in one of 4A’s tougher districts with familiar foes Argyle and Paris, the only two teams to top Melissa last season, having just played each other for the Region I title in 4A DI. Fennegan, however, comes back with the most experience of any returnings quarterbacks in 7-4A DI and with another big season aerially, should have the Cardinals positioned well for another run into the later rounds of the postseason.

Gibson, the second Class 2A quarterback to appear on this list, took a big leap forward during his sophomore season in 2020. Last year, Wink’s signal caller emerged in a big way as one of the leading passers in 2A DII after seeing consistent but limited passing opportunities as a freshman. Gibson ended his sophomore campaign with 2,470 yards, 33 touchdowns and eight interceptions on 153-of-245 passing and an additional 1,220 yards and 12 touchdowns on the ground. He established himself as one of the top dual-threat options in West Texas after logging six games with 100 rushing yards or more last season. He ran for 100 yards or more in six of his team’s first eight games, including a four-game streak from mid-September to early October. Gibson, however, showed off his arm during the postseason. He completed 65.5% of his passes while throwing for a combined 630 yards, eight touchdowns and one interception, as well as 125 rushing yards, during a pair of 2A DII playoff games in Region I. Gibson returns to a Wildcats’ offense that averaged 41.5 points per contest last year and his position as one of the most experienced underclassmen at the position throughout Texas high school football should help him reach new heights as Wink’s primary passer and leading rusher.

Holsey, the only returning quarterback with three years of experience as a starter on this list, should also be well positioned to become one of the most high-impact players at his position throughout West Texas. For his career, he has tallied 6,188 passing yards, 75 touchdown passes, 1,928 rushing yards and 33 rushing scores throughout 30 games in three varsity seasons. Holsey put up some of the best numbers of his career as a junior in 2020, setting a new career highs with a 64.1% completion rate (125 of 195) and 980 yards and 17 touchdowns on the ground. He threw for 2,261 yards, a slight dip from his sophomore production in terms of passing yardage, but cut his interceptions to a career low six as well. Holsey followed up his first postseason experience in 2019 with the first district championship and playoff win of his school career. With a third consecutive season of progression under center, Holsey will have Sweetwater set to battle for another district title and potentially break through the area round of the 4A DII playoffs.