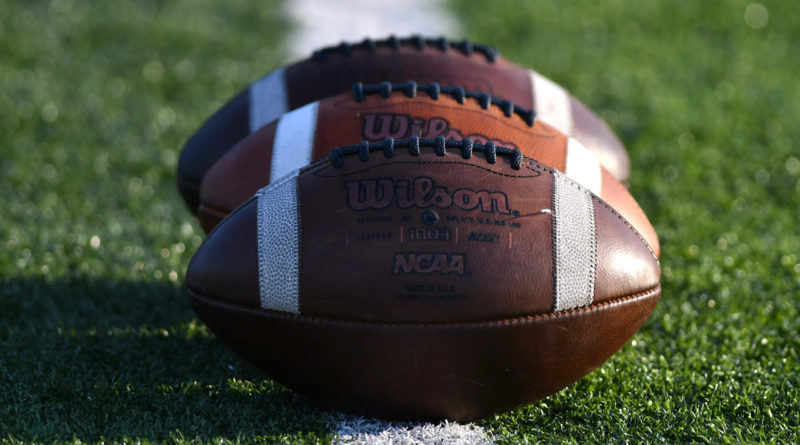 Who throws the best deep ball in Texas high school football? Who’s primed to lead the state in passing yards and touchdowns, and which quarterbacks are best positioned for a big season?

In the next few weeks, we’ll answer those questions and many more by breaking down the top 10 players at every position in Class 6A, 5A and 1A-4A heading into the 2021 Texas high school football season.

This week, we’re talking about quarterbacks.

Lee leads all returning starters on this list in passing yards during the 2020 season, when he threw for 3,373 yards, 36 touchdowns and three interceptions on 64.6% passing in 12 games. He ran for 289 yards and 11 touchdowns on the ground as a junior too. Lee tossed four or more touchdown passes in half of Azle’s 12 games last season, highlighted by an electric performance against Granbury that featured 507 yards and four touchdowns on 23-of-29 passing. He heads into his second season starting for the Hornets after helping lead the team to an area-round appearance in the Class 5A Division I playoffs. Azle lost that second-round matchup to Lubbock Coronado 77-49 in a shootout, but the team looks ready to reload with its second-leading rusher, Mason Wyble, and second-leading receiver, Kaden Taylor, back alongside Lee in an offense that averaged 54.3 points per game last year.

Rangel enters the 2021 season as the highest-rated recruit among all other Class of 2022 quarterback prospects in 5A. He has received several DI offers and committed to Oklahoma State in late February after the end of his junior season. Rangel threw for 2,429 yards and 27 touchdowns on 188-of-272 passing while adding 131 yards on the ground in 11 games last season. He was also able to duplicate his stellar 69.2% completion rate after bursting onto the scene with a sophomore season that featured 4,855 yards and 50 touchdowns through the air. Rangel helped get the Rangers to the 5A DI state semifinals in 2019 and the third round in 2020, but now he gears up for his senior campaign hoping to get Lone Star back to the Region I-5A DI championship game. He’ll captain a dangerous offense that returns six other starters, including last year’s leading receiver Ashton Jeanty, and averaged 43 points per game last season.

Sanders enters his senior season as the most dynamic dual-threat quarterback throughout 5A. As a junior, he thrived by throwing for 2,057 yards and 17 passing touchdowns and running for an additional 1,163 yards and 20 rushing touchdowns. That versatility helped Port Arthur Memorial roll to a District 9-5A DI championship last season and garnered Sanders the district’s player of the year award. Sanders and the Titans went unbeaten during a nine-game regular season that included a pair of one-possession non-district wins against Mt. Belvieu Barbers Hill and Port Neches-Groves. He accounted for two-thirds of Port Arthur Memorial’s points scored last season and is explosive enough to keep his team in close games. Sanders should put up similar numbers this fall as he returns to the Titans’ offense along with six other starters from last year’s team.

Villegas, a Texas A&M-Corpus Christi baseball commit, becomes the first of several Region IV quarterbacks to secure a spot on this list, as he returns to Corpus Christi Flour Bluff as the Coastal Bend’s top returner under center in 5A. In his first year as the Hornets’ starter during the 2020 season, Villegas racked up 3,054 passing yards, 30 touchdowns and six interceptions while completing 61.5% of his passes. He also tallied 342 yards and 11 touchdowns on the ground. Villegas led Flour Bluff to an 11-2 record and the Region IV-5A DI championship game as a junior, earning an all-state honorable mention selection from the Texas Sports Writers Association. He returns to a Hornets’ offense that boasts a veteran offensive line and returns its second-leading rusher, junior Jojo Martinez. Flour Bluff will have reload out wide after losing many of the team’s top receivers, but Villegas’ precision as a passer in the pocket and mobility outside of it should make the Hornets one of the highest-scoring offenses throughout South Texas.

Torres enters the 2021 season as one of the San Antonio area’s top gunslingers. The Southside senior raised his recruiting stock by running for 276 yards and five touchdowns and throwing for 1,149 yards and 18 touchdown passes in seven games. Torres helped lead the Cardinals to a 5-0 regular-season record and a 52-point shutout bi-district win over San Antonio Jefferson before losing to Flour Bluff in the 5A DI area round. Despite the second-round defeat, however, Torres’ big season propelled him into an offseason filled with DI offers and after an official visit to Nebraska in early June, he committed to the Cornhuskers soon afterward. Torres helped Southside edge out District 14-5A DI rivals San Antonio Southwest and Eagle Pass Winn for the district crown, and the team is well positioned to defend its district title in 2021. Torres leads an offense that brings back four other starters and should see his numbers balloon with a full season of games during his senior campaign.

Novosad splashed onto the scene last season as a sophomore and checks in as the first underclassman on this list. The Dripping Springs signal caller was also limited to a condensed regular season during his varsity debut, but that didn’t stop him from posting gaudy numbers whenever he took the field. Novosad threw for 2,857 yards and 36 touchdowns while completing 65.7% of his passes in eight games during the 2020 season. He helped lead the Tigers to a 9-4 record that included three forfeit wins and a bi-district 5A DI playoff win over Georgetown. Novosad twice threw seven touchdown passes in a game as a sophomore. He did it first in a blowout win against Lehman that included 336 yards on 24-of-28 passing and again in a shootout loss to Seguin in the district finale that featured 560 yards on 27-of-35 passing. Novosad’s recruitment has started to heat up as one of the top Class of 2023 quarterbacks throughout Texas after earning offseason offers from Baylor, SMU, Texas Tech and Vanderbilt among others.

Shorb breaks onto this list after leading all sophomores across the state in passing yards during the 2020 season. He burst onto the scene chalking up 3,100 yards and 39 touchdowns through the air on 177-of-273 passing. Shorb also helped lead a dramatic one-year turnaround at Leander Rouse that saw the team improve from 1-9 in 2019 to 10-2 last year in his first season behind center for the Raiders. Rouse finished district play unbeaten and put up a lot of points in bi-district and area-round playoff wins against Austin Northeast and Mercedes. The Raiders fell in a Region IV-5A DII semifinals shootout to Liberty Hill, but Shorb still tallied 837 passing yards and 12 touchdowns through three rounds of the playoffs in his first taste of postseason action. Shorb should take another big step forward this fall as a junior during his second year in Rouse’s system. He also steps back into an offense that returns its leading rusher in EJ Moore (192 carries, 1,190 yards, 12 touchdowns) and its two leading receivers in wideouts Troy Oliver Jr. (54 rec, 1,002 yards, 12 touchdowns) and Jalen Becerra (42-921-13). With all those weapons and an experienced offensive line back in the fold too, expect to see Shorb and the Raiders up the ante after scoring 43.6 points per game last year and challenge for the Region IV title in 5A DII.

Strong represents another sophomore standout from the 2020 season who earned a spot on this list. He took the reins and ran with Northwest’s offense from the jump and has since established himself as a premier dual-threat option in Region I. Strong completed 64.4% of his passes for 2,319 yards, 29 touchdowns and five interceptions while adding 505 yards and seven scores on the ground. He threw for five or more touchdowns three times against Arlington Heights, Granbury and Saginaw during an 11-game season. The Texans finished the regular season at 7-3 and in third place in District 3-5A DI before being bounced from the playoffs by Red Oak in the bi-district round. Strong’s complementary skill set should help Northwest challenge Abilene Cooper and Azle for the district title. As one of 5A DI’s most experienced signal callers, he should be poised to thrive as a junior behind a battle-tested offensive line. Strong picked up his first FBS offer in June and should see more start to roll in after a solid second season as Northwest’s starting quarterback.

Huff took his huge strides during his second season and first full campaign as College Station’s starter at quarterback. He threw for 2,612 yards and 30 touchdowns in 12 games during the 2020 season, but where he excelled most was his accuracy. Huff completed 207 of 285 pass attempts last fall, increasing his completion percentage by 8.0% from his sophomore to junior year. His 72.6% completion rate in 2020 led all quarterbacks on this list. Huff helped lead the Cougars to a District 8-5A DI championship and earned a TSWA honorable mention all-state selection in the process. He recorded a completion rate of 85.0% or better and threw four or more touchdowns in four separate games last season, highlighted by a six-touchdown, 204-yard performance on 15-of-17 passing against Cleveland. Huff returns to a College Station squad that brings back seven offensive starters and is fresh off a trip to the 5A DI area round where the Cougars fell to eventual state champion Denton Ryan. He’s well positioned to top his previous career marks for the second straight season and should have College Station pushing its way back into the postseason.

Bradfield snags the final spot on this list after a spectacular junior season with the Wolves. He threw for 1,955 yards and 22 touchdowns without tossing any interceptions on 129-of-205 passing. Bradfield was limited statistically after playing a condensed six-game regular season, but maximized his chances to take the field. As a junior he averaged 325.8 yards and 3.7 touchdowns per game through the air and helped Weiss’ offense average 42.5 points per contest. The Wolves finished with a 3-4 mark against District 11-5A DI competition, but a pair of one-possession losses and three straight canceled games that resulted in forfeits during district play kept the team from reaching the playoffs. Bradfield has the talent to help propel Weiss back to the postseason, especially with the team’s three leading receivers — Jeremiah Robinson (524 yards), Christian Morgan (500) and Tavian Cord (498) — all back with several experienced offensive linemen among a group of eight returning offensive starters.