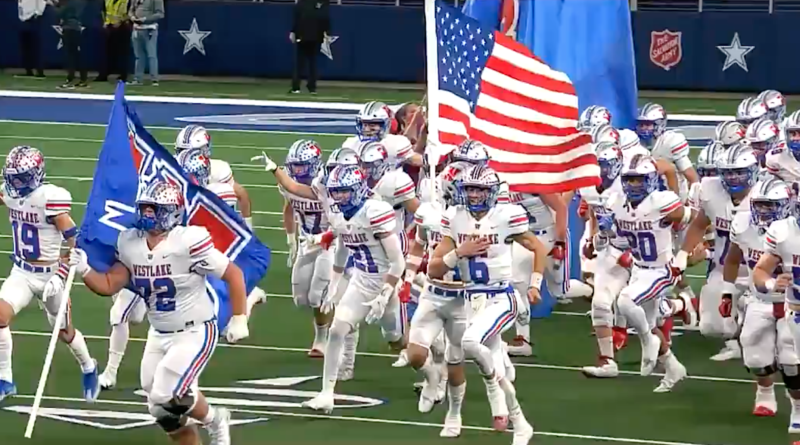 SBLive will rank the Top 25 Texas high school football teams in each of the UIL’s four regions, beginning with Region IV and continuing with Regions, III, II and I, in the lead up to Week 1 games across the state Aug. 26-28.

As part of our 2021 football preview, we will also unveil the Texas Top 50, ranking the top 50 teams across the state ahead of Week 1 games.

Austin Westlake holds the top spot in the SBLive Texas Region IV Preseason Top 25 after tallying a 14-0 record and winning the 2020 Class 6A Division I state championship in January. The Chaparrals return six starters from an offensive unit that averaged 52.6 points per game last season.

Senior quarterback Cade Klubnik, one of the Texas Sports Writers’ Association two picks for Class 6A All-State Players of the Year, is back behind center after throwing for 3,495 yards and 35 touchdowns through the air last year. Klubnik and the Chaps should be set to thrive offensively again with offensive linemen Bray Lynch and Connor Robertson, who are committed to Indiana and Texas, respectively.

Lake Travis clocks in at second trailing only its District 26-6A rival Westlake. The Cavaliers finished the regular season with an unbeaten record before falling to Round Rock in the bi-district round of the 6A DI playoffs.

The Cavaliers return 13 starters from last year’s squad as well as impact wide receiver Caleb Burton, an Ohio State commit and the No. 2 wideout in Texas, who comes to Lake Travis after a season-ending knee injury kept him off the field for much of his junior season at Del Valle in 2020.

San Antonio Brennan clocks in at No. 3 leading a list of 10 San Antonio area schools included in the SBLive Texas Region IV Top 25. The Bears are quickly followed by a trio of District 27-6A teams — Cibolo Steele (4), Converse Judson (5) and Smithson Valley (7) — as well as defending District 28-6A champs San Antonio Reagan (6).

Corpus Christi Veterans earns the highest spot at No. 8 among all Coastal Bend teams after advancing to the 5A DI state semifinals last season with Corpus Christi Flour Bluff (15) and Corpus Christi Calallen (25) not far behind.

Corpus Christi Vets is also the first sub-6A team to appear in the rankings, while Corpus Christi Calallen (4A DI) was the only sub-5A team to earn a spot in our preseason rankings.

Edinburg Vela and Harlingen debut as the only Rio Grande Valley teams in the SBLive Texas Region IV Preseason Top 25 at No. 16 and 19, respectively. The SaberCats are coming off an unbeaten run to a District 31-6A title, while the Cardinals were crowned District 32-6A co-champs after a condensed 2020 season.

Laredo United also clocked in at No. 22 to earn the Gateway City’s one spot in the preseason rankings.