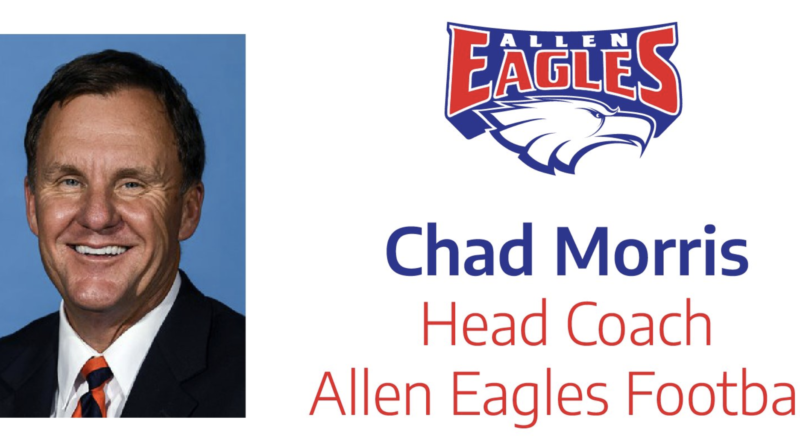 After a decade of coaching in college, Chad Morris will be back on the Texas high school sidelines this fall. The former Arkansas and SMU head coach was hired to coach at Allen High School on Wednesday.

“I am honored to join Allen ISD and the Allen Eagles football program,” Morris said in a statement. “Allen High School is known throughout the state and nation for having a storied tradition of excellence in everything it does, and the football team is certainly included in that discussion.

“My roots run deep in Texas high school football, and I’m excited for the opportunity to get back to coaching young student-athletes and making an impression on their lives. As a coach, I’ll expect our students to work hard, but I want them to know that I care about their overall development as leaders both on and off the field. It’s my goal to establish a culture that can impact our student-athletes in a positive way, and I believe that will allow us to compete for championships on a consistent basis.”

Morris has previously coached at Stephenville and Lake Travis in the Lone Star State. He replaces Terry Gambill at Allen who announced his retirement after five seasons. Gambill went 65-4 in his five year stint winning a state title in 2017.