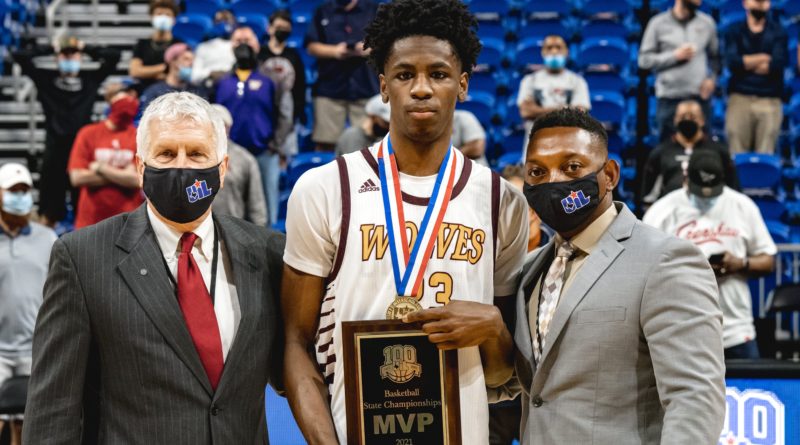 Down by three late in regulation of Beaumont United’s matchup against Kimball in the 5A Texas (UIL) boys basketball state championship, Arceneaux drilled a fadeaway 3-pointer from the left corner with 1.3 seconds left to tie the game at 64-64 and send it to overtime.

And he wasn’t done. Trailing by two late in overtime, Arceneaux pulled up from the top of the key and drained a 3-pointer with less than four seconds left to give Beaumont a 71-70 victory.

Arceneaux, a 6-foot-6 junior, finished with a game-high 24 points and was named the game’s MVP.