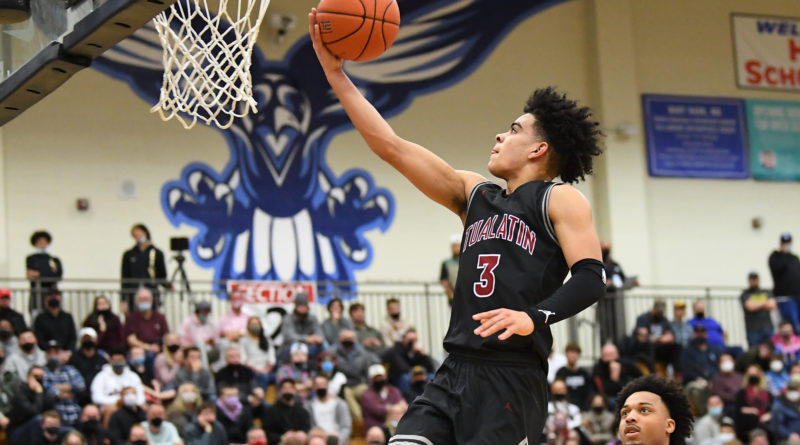 The Tigard-Tualatin School District has canceled all sports at Tigard and Tualatin high schools through Jan. 21 as the district transitions both schools to online learning this week.

The school district announced Tuesday that the shift is in response to increasing absences and quarantines due to the latest surge in COVID-19 cases caused by the omicron variant.

The Tualatin boys basketball team, the No. 1 team in the OSAA Class 6A rankings and the most recent OSAAToday coaches poll, will miss out on four games during the pause — home games against Lakeridge, Oregon City and Tigard, and a road game at Canby.

The Tigers lose games against Oregon City, West Linn and Roseburg, while a Jan. 22 game against Mountainside also is in jeopardy.

How the Three Rivers League handles the six postponements could affect not only the league standings but playoff seeding.

TTSD’s move is the latest to affect sports programs in the Portland area. No. 9 Cleveland and No. 3 Roosevelt in the PIL also had games canceled this week when the schools moved to remote learning.