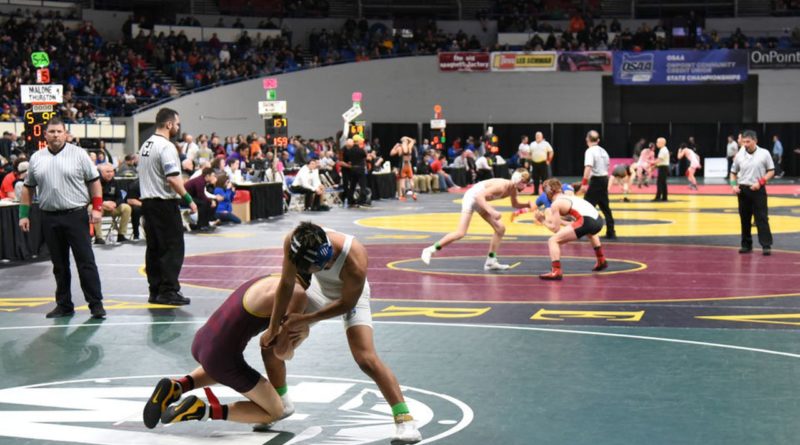 We’re taking a look at some of the state’s top returning wrestlers and top wrestling teams. Here are five teams that should be in the title mix in Class 3A.

Let us know in the comments about the other teams you think will be in contention in Class 3A.

The 2020 state champions tumbled to a fifth-place finish at June’s Oregon Wrestling Association state tournament in Redmond, having several wrestlers sit out the COVID-delayed season. The Hilanders return four wrestlers who medaled at the spring state meet, welcome back 2020 champion Oliver Barnes and welcome in sophomores Ryan Glascock and Owen Graham and freshman Kale Cornell.

It’s been a quarter-century since the Pirates took home the blue trophy, but after placing second in 2020 and fourth at June’s state meet, they return four medalists in their bid to stand atop the podium in February.

The Hawks have won two of the past three state championships, adding the blue trophy from the OWA state meet in June to the first in program history won in 2019. They lost junior Dominick Evans, a surprise champion at 170 pounds who moved to Texas over the summer, but they have six placers returning, and coach Aaron Flack said, “We also have a solid freshman class that looks to make some noise this year.”

The Bulldogs had taken home a trophy for six consecutive state tournaments from 2015-20 but did not participate in the OWA state meet in June. Expect them to be a contender to take home another trophy from Memorial Coliseum in February.

This breed of Bulldogs has won a trophy at every state meet since 2016, taking second in June. They have three returning placers and bring back qualifiers Austin Johnson, a junior, and sophomore heavyweight Rhyne Nelson.

3A Oregon returning wrestlers to watch in winter 2021-22