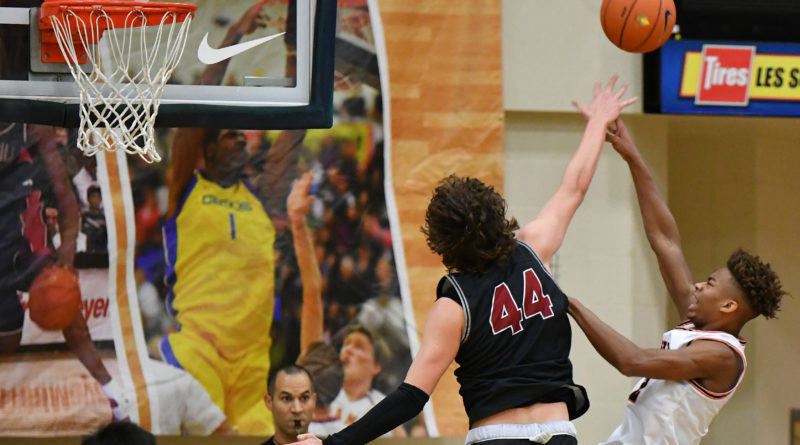 Here’s a game-by-game recap of what went down, plus Day 4 statistical leaders …

The Lions scored the first 11 points, led 29-11 after eight minutes and allowed zero points in the final quarter en route to a blowout victory over the Bruins.

Jalen Atkins hit six three-pointers and finished with 19 points, and Connor Hills (17 points) drained five threes to pace Barlow (5-3). The Bruins were outscored 15-0 in the fourth quarter and outrebounded 40-19 overall.

The Timberwolves seized control with an 18-2 first-half run and never looked back in a trouncing of the Beavers.

Max Elmgren had nine points, Aiden Rice contributed eight, and Mason Shank added six to pace Beaverton (6-3). The Beavers managed just 13 field goals and were limited to 14 points in the first half.

Arthur Ban came off the bench to score a team-high 16 points, Juelz Mendoza (six assists, four steals) tallied 14, and DJ Edmondson notched 12 with nine boards for Evergreen. The Plainsmen made just 1 of 11 three-point attempts and missed six free throws in the loss.

College of Idaho signee Samaje Morgan poured in a game-high 30 points, Carsen Luna and Ty Weiskind added 12 apiece, and the Lancers (6-3) came back to edge the Gophers (3-4).

Weiskind and Cooper Case each grabbed six rebounds, and Churchill converted 14 of 17 free throws as it erased a 30-27 halftime deficit.

Fernando De La Torre and Jay’Vanni Sarchi had 21 points apiece, and the Scots raced to a 45-29 halftime lead on their way to a grind-it-out win over the Cougars.

Jamaree Collins contributed 19 points and a team-high nine rebounds in 29 minutes for David Douglas (4-1). The Scots piled up 18 assists, nine steals and shot 56 percent from the field.

The Rams won all four quarters, swiped nine steals and forced 19 turnovers in a rout of the Tigers.

Malik Brown (16 points) was the only Tiger to reach double digits. Douglas Bailey put up six points and grabbed six rebounds for Tigard (7-2). The Tigers struggled from the field (15 of 46) and never led.

Terrence Hill’s three-point play with 34 seconds remaining gave the Roughriders a 69-65 lead and they held on late to down the Crusaders.

Cade Collins poured in 28 points on 11-of-17 shooting and Tyree Blake chipped in 14 for Jesuit (6-4). The Crusaders’ Spencer McKelligon pulled down nine (seven offensive) boards to lead all rebounders.

The Warriors forced 23 turnovers, snatched 17 steals and sank 20 of 31 free throws in a comfortable win over the Lakers.

Winters Grady went 14 of 24 from the field for a game-high 35 points and Luke Brauner added 11 to lead Lake Oswego (2-7). Christian Rowell and Caden Saefke chipped in nine points apiece for the Lakers, who trailed 64-47 entering the fourth.