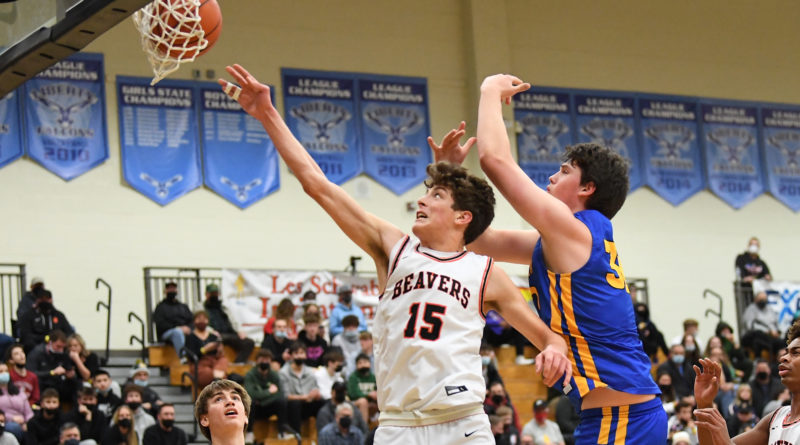 Consolation games often come down to energy, and Beaverton had a little more juice in the tank following Wednesday’s Les Schwab Invitational semifinals.

With guard Brady Rice sidelined with a back injury, the Beavers got off to a quick start Thursday night at Liberty High School and never looked back in a 59-43 victory over Barlow. The win secured a third-place trophy for Beaverton at the 25th LSI.

“We didn’t play our best against Tualatin, so it was a special way to bounce back and beat a good Barlow team,” Beavers senior guard Trevon Hamilton said. “We just started the game off hot … and we listened to Coach (Andrew Vancil) and followed the game plan.”

Beaverton (7-3), which won its first two LSI games by three combined points before falling to Tualatin in the semis, closed the opening quarter with 12 straight points to seize a 19-8 advantage. Hamilton netted seven of his 17 points in the period.

The Bruins played with better energy in the third, but Beaverton took the air out of the ball to protect its lead. The Beavers led 40-24 after three quarters and were in control for the final eight minutes.

“Brady is a good player for us, but now the state knows we can win without him,” Hamilton said. “Once we get him back, it’s going to be special.”

Connor Hills had 16 points to lead the Bruins, who traded punches with nationally-ranked Link Academy for a half in the semis. Freshman Jalen Atkins scored nine points.

“It’s going to be awesome because … there’s a lot of Metro teams that are good this year,” Hamilton said. “So if we win that, people are going to know that we’re legit.”