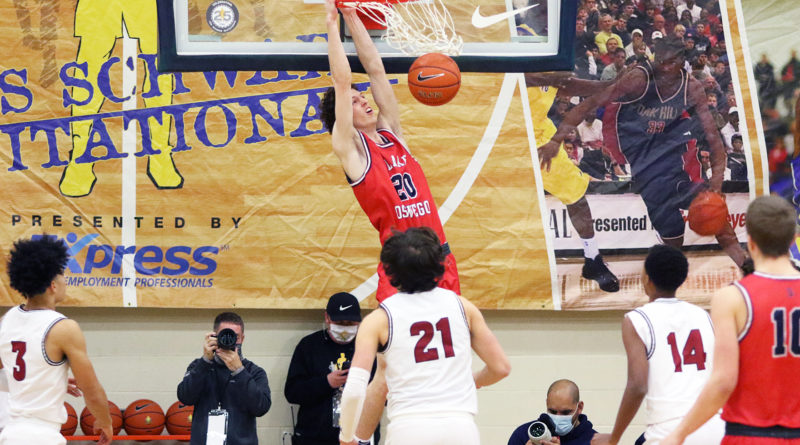 Here’s a game-by-game recap of what went down, plus Day 3 statistical leaders …

Senior center Jesse Jones put together a double-double with 24 points and 12 rebounds, Jalen Atkins dropped in 23 points and Nathan Jones scored 17, leading the Bruins to a hard-fought victory over the Roughriders.

Connor Hills added 10 points and dished out six assists for Barlow (5-2), which led 22-13 after the first quarter.

Noah Ogoli led all scorers with 21 points, Malik Ross had 14, and Josiah Lake went for 13 as the Timberwolves eased past the Lakers.

Ashton Rose and Ryan Schleicher added nine points apiece, and Tualatin (8-0) forced 18 turnovers and racked up 14 steals in the win.

Winters Grady had a team-high 19 points and Carson Reno delivered 18 for Lake Oswego (2-6), which faced a 40-34 halftime deficit.

Jordan Ross scored 12 points off the bench and Julian Philips tallied 10 to lead 10 scorers for the sharp-shooting Lions.

Tarris Reed Jr. had nine points while Omaha Biliew, Jordan Walsh and Felix Okpara scored eight apiece for Link Academy (19-0). The Lions made 26 of 43 (60.5 percent) field goal attempts and bolted to a 44-20 lead after 16 minutes.

Brady Rice had a game-high 31 points, Max Elmgren (12) and Trevon Hamilton (11) also scored in double digits, and the Beavers held off a late charge from the Warriors.

Aiden Rice scored eight points off the bench and Beaverton (6-2) drilled six first-half three-pointers to take a six-point lead to the break.

The Cougars drained nine three-pointers and used a balanced scoring attack in a competitive win over the Plainsmen.

Payton Meyers (20 points), Kellan Oakes (18), Alexander Evans (14 points, seven assists) and Jacob Strand (11) accounted for all but two points for Canby (7-2). Connor Gensman (two) was the only other Cougar to score.

Evans knocked down four three-pointers, Meyers sank three and Oakes made two as Canby finished 9 of 29 from behind the arc.

The Rams (3-4) forced 22 turnovers and used a huge second half to turn a close game into a blowout win over the Lancers (5-3).

The Rams, who trailed 27-26 at halftime, finished with 16 offensive rebounds and 15 steals.

The Tigers built a 35-30 halftime lead and won the battle of the boards on their way to a narrow win over the pesky Gophers.