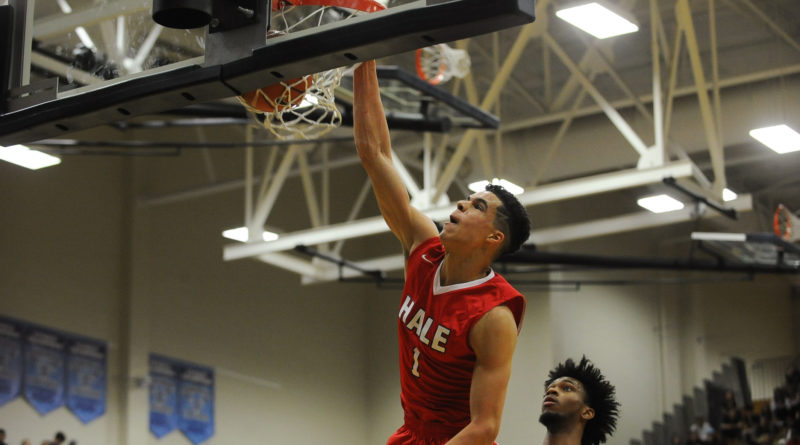 The 25th Les Schwab Invitational, one of the most prestigious high school basketball tournaments in the country, will run Dec. 26-30 at Liberty High School.

Below is a chronological list of some of the biggest moments and performances in tournament history.

Led by current Gonzaga Bulldogs assistant coach Brian Michaelson, Jesuit scored a pair of upsets over New York’s Rice, ranked No. 1 nationally, and Southern Lab of Louisiana. The Crusaders met Jefferson in the final and lost in a 76-75 classic.

“Their brashness, their uniforms, the way they tried to punk people, I’ll never forget that,” said Reggie Walker, director of the LSI since 2008. “Back in 1999, I just remember the lines trying to get into the gym. It was impossible to get in! … Me and a couple of my friends had to sneak in.”

Tyson Chandler was essentially an NBA center playing high school ball when Southern California’s Dominguez came to the LSI in 2000. The 7-foot-1 Chandler had already been featured in Sports Illustrated and on 60 Minutes, and he went on to declare for the draft straight out of high school. Dominguez earned the LSI title at the Memorial Coliseum with tight wins over Benson, Jesuit and Jefferson.

One year later, Oak Hill’s Carmelo Anthony was the tournament’s biggest star. Anthony is arguably the best one-and-done player in college basketball history, winning a national title at Syracuse before heading to the draft.

“We had two top-(three) draft picks in back-to-back years,” Walker said. “I think that cemented what the LSI was: You’re going to see future NBA players play against Oregon teams.”

The LSI moved to its current home at Liberty High School in 2004, and fans were treated to a semifinal for the ages between Jefferson and Virginia power Oak Hill.

Future Oregon State guard Lathan Wallace and the Democrats held an eight-point lead entering the fourth quarter, but a loaded Oak Hill team that included Kevin Durant and future Syracuse star Eric Devendorf pulled out a 63-58 victory. Oak Hill went on to blow out Hillsboro in the final.

“The whole crowd was behind Jeff that night, but Oak Hill was just too much for them,” Walker said. “It was cool having our state’s best against one of the best in the country, and seeing the crowd rally around the local team.

“We were in a brand-new gym, and it felt intimate but with a main event type of atmosphere. That was really awesome.”

Love put up bigger statistics, but Singler was happy to settle for a 71-63 victory. South Medford suffered a competitive loss to Oak Hill (Brandon Jennings, Nolan Smith) in the LSI final and went on to defeat Lake Oswego again in the state championship game.

“The level of talent was extremely high all-around, and the Lake Oswego/South Medford rivalry was huge,” Walker said. “They were even streaming that game in the auditorium on closed-circuit TV because they were at capacity in the gym.”

Many fans assumed the final would come down to Florida’s Montverde Academy and Ben Simmons versus Georgia’s Wheeler and Jaylen Brown, but West Linn had other ideas.

Anthony Mathis exploded for 38 points as the Lions stunned Wheeler in the semifinals, 70-62. Payton Pritchard, who is now teammates with Brown on the Boston Celtics, added 11 points and nine assists for West Linn.

In the other semifinal, Montverde Academy defeated Central Catholic 58-57 on a last-second free throw. The Eagles went on to down West Linn in the final.

“Everyone wanted to see Jaylen Brown and Ben Simmons because they were both ranked No. 1 or No. 2 in the country at the time,” Walker said. “West Linn beating Wheeler was a cool moment for the tournament, and that performance really solidified them as the best team in Oregon.”

Both NBA players were rated the top player in the country for their respective classes.

“2016 might’ve been the best year ever at the LSI,” Walker said. “Porter was the No. 1 senior, Bagley the No. 1 junior. They met in the finals, it was a two-point game and both played outrageously well.

“I think we sold out the quarterfinals, semifinals and finals that year, and it might’ve been the only time we did that.”