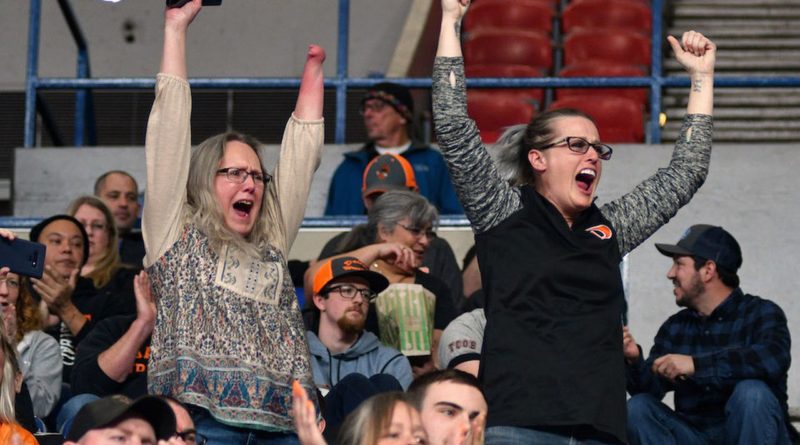 Over the next week, we’ll be taking a look at some of the state’s top returning wrestlers and top wrestling teams. Here are five teams that should be in the title mix in Class 4A.

Let us know in the comments about the other teams you think will be in contention in Class 4A.

The Rangers brought a young squad to Cottage Grove for the OWA state meet in June, with their fifth-place finish their best showing since their last trophy finish (third) in 2006. They return five wrestlers who made the podium, led by 195-pound runner-up Jackson Turner.

The Tigers made the podium for the third consecutive season, following their 2020 state title with a second-place finish in June. They bring back seven wrestlers who made the podium, and all but one also will be back in 2022-23.

The Warriors had not taken home a team trophy from the state tournament since winning the Class 3A title 27 years ago before placing fourth in June. With two individual champions returning (the program’s first champions in 14 seasons), they could make it back-to-back podium finishes this winter.

After finishing second each of the previous two seasons, the Huskies romped to their first state title since 2017 in June, scoring nearly 100 points more than their nearest rival. They return eight wrestlers who placed at the state meet in hopes of becoming the first 4A school to repeat as state champion since Crook County won four straight from 2013-16. A ninth, 160-pound runner-up Jesse Jamison, suffered a knee injury in the Huskies’ football season finale that will sideline him for wrestling.

The Cheesemakers have followed their 2019 state title (the program’s first in 11 years) with back-to-back third-place finishes. With five returning medalists, they’ll be in contention to make the podium as a team again this winter.