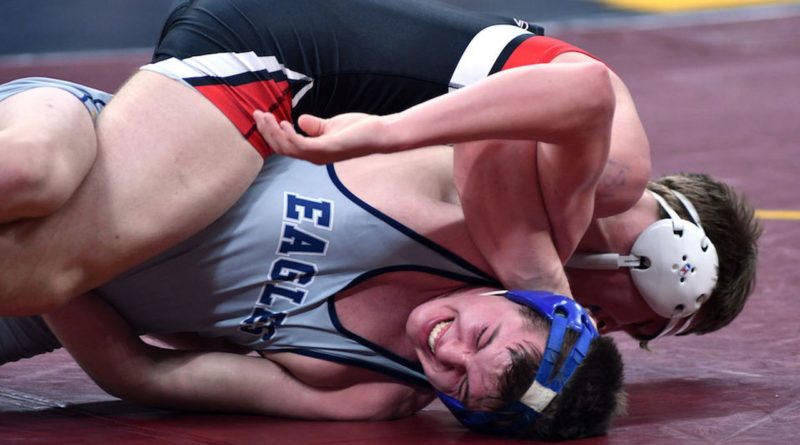 Over the next week, we’ll be taking a look at some of the state’s top returning wrestlers. Here’s our look at Class 4A. (Earlier: Class 6A | Class 5A)

There are hundreds of standout wrestlers in Oregon and these lists are not intended to be comprehensive. Let us know about other 4A wrestlers fans should know about this winter.

Hernandez won one match in his first state appearance in 2020. Last season, he became the school’s first state champion in 14 years with a dominant performance, pinning three of his four opponents — including a third-period pin of Henley’s Dylan Clark in the 113-pound final — to finish a 21-3 season.

Pindell, a three-time state qualifier who placed fourth as a sophomore, followed Hernandez’s title run last season by winning a title of his own. He pinned his first three opponents before wrapping up the 170 championship with a 6-0 decision over Emira’s Ayden Wolgamott to finish the season 22-2.

Carson has made the final in his first three trips to the state tournament, winning his second consecutive title in June by pinning Stayton’s Eli Howard in the second round of their 138 championship match to finish a 14-0 season. Wrestling is a family affair, with his father Klel the Tigers coach and younger brother Kai a sophomore on the team. “They are looking forward to their first season together while not having so many restrictions — a more normal year,” Klel said.

Rieger made the most of his third trip to the state tournament, making the podium for the first time with a third-place finish at 132 as he finished the season 15-2.

Penaloza has finished third at state in his first two seasons with the Tigers, bulking up from 106 as a freshman to wrestle at 145 during the spring. He was one of several La Grande wrestlers to travel to Europe in the summer with a cultural exchange wrestling team that visited Austria, Switzerland, Germany and Poland.

Henderson qualified for state for the first time during the spring season and reached the 152 final, where he lost to Sweet Home’s Tristan Spencer to finish his season 14-2.

Woods was a state finalist at 285 as a sophomore and appeared poised to win his first title in the spring before an injury derailed his chances — he ended up placing sixth. He returned in time to wrestle at Fargo Nationals and several other national and regional meets in preparation for his senior season.

Clark last season won the Special District 3 title at 113 and reached the state final, holding a lead on Philomath’s Benjamin Hernandez before a late takedown led to Hernandez winning the match by fall at 5:04.

Smith placed fifth at state as a sophomore, then came back in the spring to finish second at 126 to three-time state champion Mauro Michel of Stayton — the second consecutive season Michel beat Smith in the state tournament.

Howard finally made the podium in his third trip to the state tournament. He went 18-2 for the season, won the Special District 2 title and finished runner-up to La Grande’s Braden Carson in the 138 final.

Henderson is a three-time state qualifier and two-time medalist, entering the state tournament in June as the top seed at 160 and bouncing back from a loss in the semifinals to place third.

Spencer made it back to state in the spring after going 1-2 at Memorial Coliseum as a freshman, placing third at 182. Huskies coach Steve Thorpe isn’t sure what weight Spencer will wrestler this winter, “but he’s definitely going to be a force. Ethan brings some leadership and a tough attitude to our room.”

Bloomer, better known as a standout running back for the football team, is a three-time state qualifier and two-time medalist. He took fourth as a sophomore before winning a state title at 195 in June, pinning Estacada’s Jackson Turner in the final.

Smith came within one win of medaling at state as a freshman and has finished second each of the past two seasons, going undefeated until the 120 final in June, when he lost to Sweet Home’s Jake Sieminski to finish the spring 18-1.

Turner first qualified for state as a sophomore, reaching the quarterfinals but failing to medal. He came back last spring to go 16-4 and reach the state final at 195, where he lost to Baker’s Gauge Bloomer.

Martin narrowly missed qualifying for state as a sophomore, but he made his first appearance count last spring, winning the Special District 4 title at 285 and finishing second to Junction City’s Bryer Moore in the state final.

Sieminski moved up from 106, where he placed fourth at state as a freshman, to 120 last spring, when he took home the title at 120 with a first-period pin of Banks’ Hunter Smith. Huskies coach Steve Thorpe has Sieminski penciled in at 126 this winter, joining younger brother Kyle as a formidable duo near the top of the lineup. “Both Jake and Kyle are fun to have on a team,” Thorpe said. “Even more fun is when they train together, and it turns into a match that probably happens at home as well.”

Jamison is a three-time state qualifier and two-time medalist who placed second at 160 in the spring. He would have played a big part in the Huskies’ title defense, but he had major knee surgery Dec. 4 following a season-ending injury suffered in the football season finale. “He probably loves this sport more than any kid I’ve ever coached,” said Sweet Home coach Steve Thorpe.

Collins is a two-time state finalist who lost each time to a multiple-time state champion — first to Mauro Michel as a freshman, then last spring to Junction City’s Evan Potter (now wrestling at Southern Oregon). He joined Brysen Penaloza and several teammates on a cultural exchange wrestling tour of Central Europe over the summer.

Carson took third in his first trip to the state tournament, going 13-2 as a freshman at 120. He and older brother Braden, a two-time state champion, are the best of friends, said coach and father Klel Carson, “but being brothers, they do a lot of wrestling around the house, at elk camp, and on river trips.”

Sieminski, who won a state title at 106 as a freshman, “is a great start to have in a lineup,” said Huskies coach Steve Thorpe. He and older brother Jake are avid deer hunters who were both successful earlier this fall in filling their tags, but little sister Hannah had even better luck, bagging a bigger buck than either of them.

Van Hoose transferred from Scio, where he placed second and fourth at state his first two seasons, to Cascade before his junior year. He made an immediate impact for the Cougars, entering the state tournament as a No. 6 seed at 160. He was the last man standing in an upset-filled bracket, defeating Sweet Home’s Jesse Jamison 7-4 in the final.

Talamantez became Seaside’s first district champion since 2006 with his victory at 182 in 2020, when he placed sixth at state. He followed with another district title in the spring and a third-place state finish at 220 — the best finish by a Seagulls wrestler since Josiah Sigler’s third-place showing in 2006.

Buss is the highest-placing returning wrestler from the Vikings’ sixth-place team last spring, taking third at 170 to finish a 14-6 season. He also qualified for state as a sophomore, losing in the blood round to miss out on a medal.

After winning his second state title as a sophomore in 2020, Michel set a goal of going undefeated and pinning every opponent in his junior season. He nearly accomplished it after transferring from Cascade over the summer, going 18-0 with 17 pins — he won by technical fall against Philomath’s Blake Niemann in early June — to earn a third state championship. He enters his senior season on a 73-match win streak and with a 115-4 career record.

White narrowly missed medaling at state as a freshman but took home a third-place medal as a sophomore and finished second at 182 in June, losing to Miquel Niemi of Tillamook in the final to cap a 15-1 season.

Hernandez has reached the state semifinals in his first three seasons, placing a career-best third in June at 152 after taking fourth and sixth in his first two appearances.