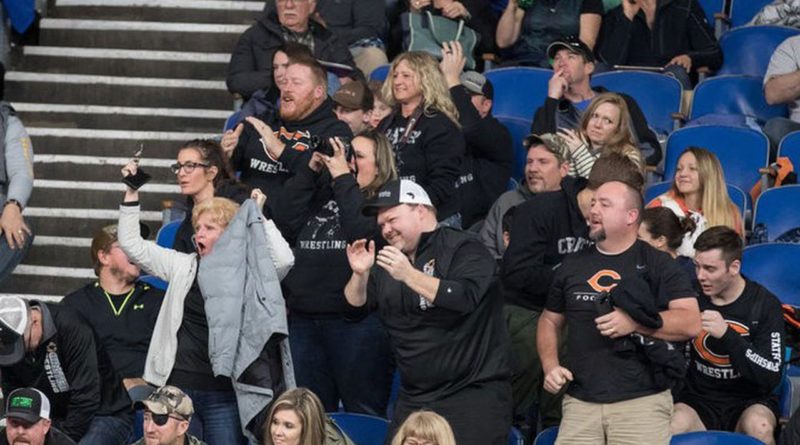 Over the next week, we’ll be taking a look at some of the state’s top returning wrestlers and top wrestling teams. Here are five teams that should be in the title mix in Class 5A.

Let us know in the comments about the other teams you think will be in contention in Class 5A.

The Comets narrowly missed taking home a team trophy for a second consecutive year, finishing fifth by eight points behind Redmond at the OWA state meet in June at Cottage Grove High School. They return four wrestlers who made the podium and will battle Thurston for Southwest district top honors in February.

The Raiders tied the OSAA 5A state meet record with 303 points two years ago and amassed 364.5 points to nearly double runner-up Thurston’s total in winning the OWA state title in June. With two college signees (Gabe Whisenhunt with Oregon State and James Rowley with Wisconsin) vying to become four-time champions as part of a deep roster, they could threaten Crook County’s all-time mark of 405.5 points this winter.

The Cowboys last season finished third at state, just 14 points behind Thurston in the non-Crescent Valley portion of the competition, and return five state placers this winter. They and Redmond should take most of the state berths from the Intermountain district tournament in February, and how many get through could determine the pecking order at Memorial Coliseum.

Scappoose finished sixth at the OWA state meet last season, its best state finish since placing fourth at 4A in 2015. The program returns five wrestlers who placed in June, led by juniors Anthony Comer, who took third at 120 pounds after placing sixth as a freshman at 113, and two-time state qualifiers Wyatt Anicker and Ben Rintoul.

The Colts have made the podium each of the past four years, with their second-place finish in June their best showing since winning the 2002 Class 4A title. They return five placers from six months ago while adding transfer Brycen Indell from Willamette and seeing 2020 state finalist Kolton Malone return from shoulder surgery that sidelined him for the spring season.