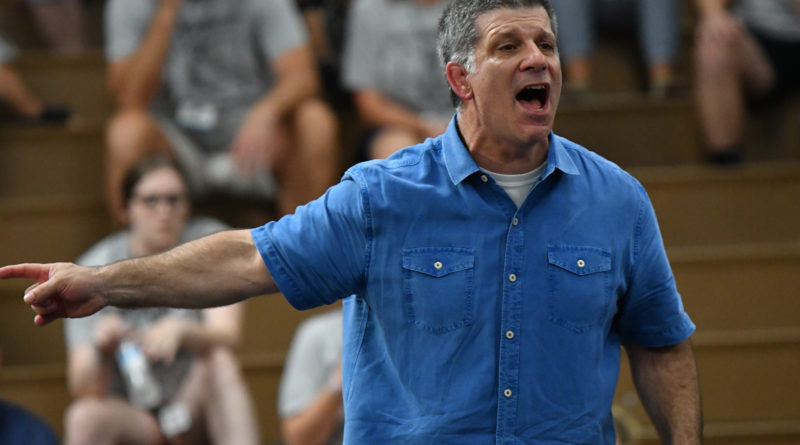 Over the next week, we’ll be taking a look at some of the state’s top returning wrestlers and top wrestling teams. Here are five teams that should be in the title mix in Class 6A.

Let us know in the comments about the other teams you think will be in contention in Class 6A.

Cougars coach Les Combs likes the mix of experienced returners and youngsters in his room, and with the return of senior Nate Jones, who was fourth at state as a sophomore but missed last season because of injury, and two-time state qualifiers Ethan Potts and Ryder Fassett, “I feel like we’re a top-five state team and hopefully battling for a trophy,” he said.

The two-time defending champions figure to be difficult to dethrone, returning five individual titlists and 13 wrestlers who placed at the OWA state championships. Tigers coach Neil Russo called last season’s team “a once-in-a-lifetime group” but thinks this team has the potential to win a third consecutive title. “This is an incredible group of young people that we have in our program right now,” he said. “Obviously, we have a pile of points coming back, so that’s exciting. Our veterans are great leaders and have established a level of expectations that will last a long time. Our young kids coming in are fortunate to step into a room where they have to fight just to keep up.”

Roseburg had what for most teams would be a fantastic season in the spring — four individual state champions, seven placers and a third-place finish at state — but for a program of Roseburg’s pedigree, third place is a letdown, its lowest finish at a state meet since 2013. It should be up to its usual self this winter, with nearly 50 wrestlers out (almost double its number in the spring), including 12 who competed at state in June. “We have some outstanding kids returning,” coach Steve Lander told the News-Review this month. “And they all have the same expectation.”

Longtime coach Nolan Harris retired over the summer, and former Southern Oregon University coach Mike Ritchey returns to the high school ranks hungry to get started on winning the program’s first state championship. The Olympians return four state champions and four others who took home medals from a team that placed second to Newberg. “As the outsider looking in, this team has great tradition,” Ritchey said. “All the hard work Coach Harris and his staff did to get this team ready for a great season has been a blessing for me. I hope to keep the factory running at maximum capacity and keep the experience a positive one.”

The Lions have finished fifth at state each of the past three seasons and last took home hardware from a state meet in 2014, when they were runners-up to Roseburg. However, coach Doug Samarron thinks he has the combination of front-runners with five returning placers (including sophomore Charles Spinning, fifth at 132) and the depth necessary to crack the top four. “Besides Newberg, I think we can go toe-to-toe with anyone,” Samarron said. “We scheduled several very challenging tournaments this season in preparation for the Big Dance at the end. It’s now all in our control to be firing on all cylinders come February.”