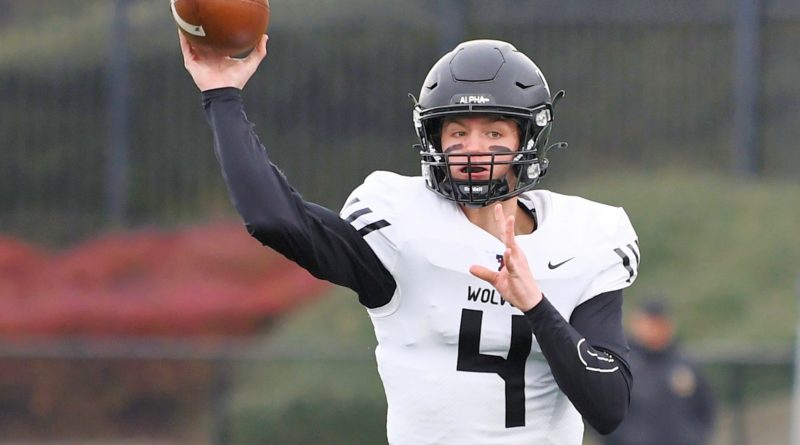 Last meeting: Central Catholic won 28-21 in overtime in the second round of the 2018 state playoffs in the teams’ only other meeting.

About the Rams: Central Catholic is one win from becoming the first back-to-back state champions since their 2013-14 double. The Rams reached the final by grinding out a Holy War semifinal win over rival Jesuit. Jordan King returned an interception 14 yards for a critical third-quarter touchdown, and his third interception of the game with 2:05 to play sealed the victory. The Rams have won 28 of their past 29 games. Mt. Hood Conference offensive player of the year QB Cru Newman continues to show a confidence and flair to his game that belies his being a sophomore first-year starter. He threw for 197 yards and three touchdowns, ran for 80 yards and didn’t turn the ball over against the Crusaders. Junior TE Riley Williams, the state’s No. 1 recruit in the class of 2023, caught two of Newman’s touchdown passes. Senior RB Ellis Bynum, sidelined the first two games by injury, continues to have an impact on the offense, running for 74 of his game-high 88 yards in the second half as the Rams put the game away. The defense held Jesuit’s vaunted running attack to 105 yards and had three takeaways. Senior LBs Gibson Coyle (10 tackles) and Gavin Jackson (8 tackles, 2.5 for loss) were key to slowing the Crusaders.

About the Timberwolves: It’s been 11 years since Tualatin last made an appearance in the state championship game, and the Timberwolves hope to dethrone Central Catholic to take home their first title. They’ve shrugged off the midseason doldrums that saw them follow a big win over West Linn with their only loss (35-26 to Lake Oswego) and a 24-21 escape against Lakeridge. They proved their first win over the Lions was no fluke with a convincing performance in the semifinals to extend their win streak to seven (average margin of victory: 27.6 points). Senior RB Malik Ross, a Three Rivers League co-offensive player of the year, ran for a game-high 111 yards and two touchdowns in the semifinals, upping his playoff totals to 463 yards and 10 TDs. For the season, he has run for 1,534 yards and 23 TDs. Senior QB Jackson Jones, who missed 2½ games with a shoulder injury, threw for only 78 yards (7 of 11 with an interception) in the semifinals. He’ll likely need to make several plays in the passing game to keep the Rams from loading up on the run. The defense put on another dominant performance against the Lions, allowing just 167 yards of total offense, with senior LB Kellen Hale (9 tackles, interception) leading the way.