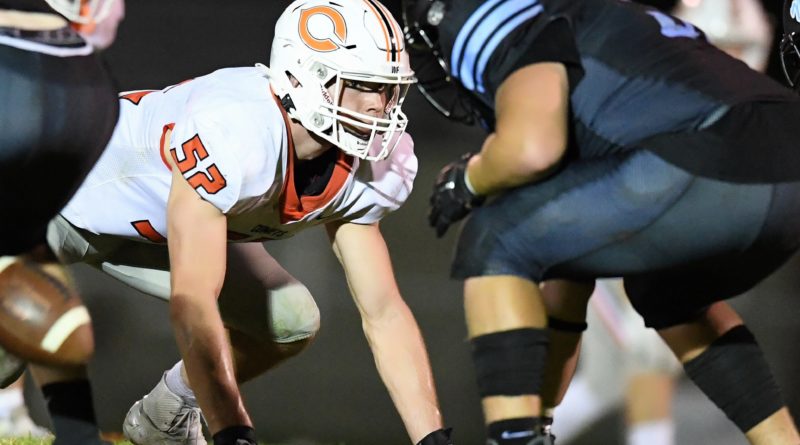 Here’s a look at 15 of the likely top candidates for Class 5A defensive player of the year.

Barnes was one of the defensive leaders for the Bulldogs this season, leading the team with 11 tackles for loss (including a Mid-Willamette Conference-best 8.5 during the regular season) among his 61 total.

The NWOC West co-defensive player of the year ranked among the team leaders in tackles all season, finishing with 79 (seven for loss) to go with four sacks, three fumble recoveries, three pass breakups and two forced fumbles.

Garibay led the NWOC West with 89 tackles, including 12 for loss. He added three forced fumbles in helping the Royal Scots qualify for the state playoffs.

Halstead missed three games and didn’t pile up big tackle numbers, but through two playoff games he still led the Colts with 40 tackles (11.5 for loss) and three sacks for 5A’s top scoring defense.

Johnson’s impact goes beyond the numbers (59 tackles, two sacks, two interceptions) as the NWOC West coaches acknowledged in naming him a league co-defensive player of the year.

Jordahl led 5A in tackles for loss with 18.5, including 6.5 sacks, among 47.5 overall tackles during the regular season.

Our preseason pick for the award had another banner season for the Buckaroos, winning NWOC East defensive player of the year honors after leading 5A in tackles with 100, including 17 for loss and four sacks.

Martin earned NWOC East lineman of the year honors for his work on both sides of the ball. He made 68 tackles (team-high nine for loss) and six sacks for the Ravens.

Newell bookends with Josh Buller to provide twin terrors for opposing offensive tackles. Newell led the Colts with 5.5 sacks among his 24 tackles (nine for loss).

The Midwestern League defensive player of the year led 5A with 16 sacks and made 13 other tackles for loss among his 45 total tackles.

Robles finished second in 5A with 99 tackles during the regular season, including nine for loss and 3.5 sacks.

The Mid-Willamette co-defensive player of the year helped spearhead the Redhawks’ climb from an 0-6 spring season (and four combined wins the previous three seasons) to a 5A playoff berth.

Strand, the NWOC West lineman of the year, heads to Corvallis next year as an offensive lineman, but he was a dominant force on the defensive line for the Cougars, finishing with 15 tackles for loss and six sacks among his 47 total tackles.