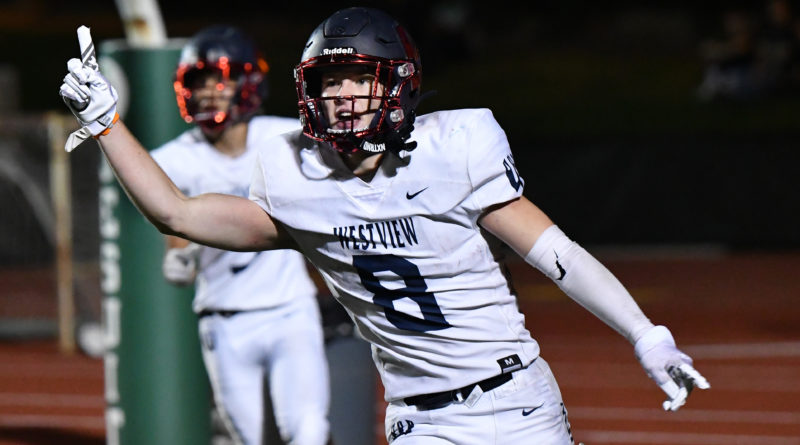 Here’s a look at 20 of the likely top candidates for Class 6A defensive player of the year.

Bennett leads the state with eight interceptions, two coming during the playoffs, and he returned three for touchdowns. He finished third on the Wildcats with 49 tackles in being named Metro League co-defensive player of the year.

Black led the Southwest Conference with 4.5 sacks and emerged as a leader on a defense that allowed just 13.8 points per game, earning conference defensive player of the year honors.

Among all the defensive stars in the Mt. Hood Conference, it was the Bruins linebacker who led the conference with 80 tackles, including six for loss.

Davis led the Pacific Conference with 93 tackles (second among 6A teams that reported defensive statistics), including 10 for loss, in being named the conference’s defensive player of the year.

Glenn was the fiery leader of a Bowmen defense that helped the team rebound to become the first 6A team in state history to reach the quarterfinals after an 0-4 start. He had a team-high 87 tackles and three sacks through two playoff rounds.

Hale is a playmaker in the middle of the Timberwolves defense, leading the team with eight tackles for loss and a Three Rivers League-leading seven sacks.

Larson had 52 tackles and a team-high five interceptions, including a key takeaway in the Pacers’ 40-7 second-round win at Sheldon.

Layne emerged as one of the state’s top defensive recruits during the fall, making five interceptions during the regular season.

Leighton became the leader of the Irish defense this season, finishing with 68 tackles (five for loss) and two interceptions.

The Colorado commit earned Mt. Hood Conference defensive player of the year honors, leading the conference with six sacks during the regular season among his eight tackles for loss.

McGuire’s older brother, Marshall, was a two-time all-state selection, and Gavin should soon join him in the record books after a banner senior season in which he led the Lakers with 6.5 sacks among his 43 tackles and was named Three Rivers co-defensive lineman of the year.

On a defense loaded with talent at the linebacker position, Miller emerged as the leader, earning Metro League co-defensive player of the year honors.

No one on the Cavaliers defense put up huge numbers, but Preuitt led the team in tackles (47) and tackles for loss (conference-leading 10) while also finishing with five sacks during the regular season.

Tovey lived in opposing backfields for much of the season, leading Class 6A with 16 tackles for loss among his 80 total tackles. He also had 6.5 sacks and shared Three Rivers defensive lineman of the year honors.

Trujillo led the Mountain Valley with 71 tackles, including 6.5 for loss, in helping lead the Titans to the conference title.

While junior teammate Jayden Moses draws the attention of college recruiters, it was von Arx who won PIL co-defensive player of the year honors for the league co-champions.

Waible’s nonstop energy fueled the Pacers defense as he finished with a Class 6A-leading 120 tackles (10 for loss) and two sacks in earning Three Rivers League co-defensive player of the year recognition.

Winston, an Oregon commit, made big plays in key moments for the Rams. He led the team with five sacks during the regular season, and he had two sacks in a quarterfinal win over Sherwood.