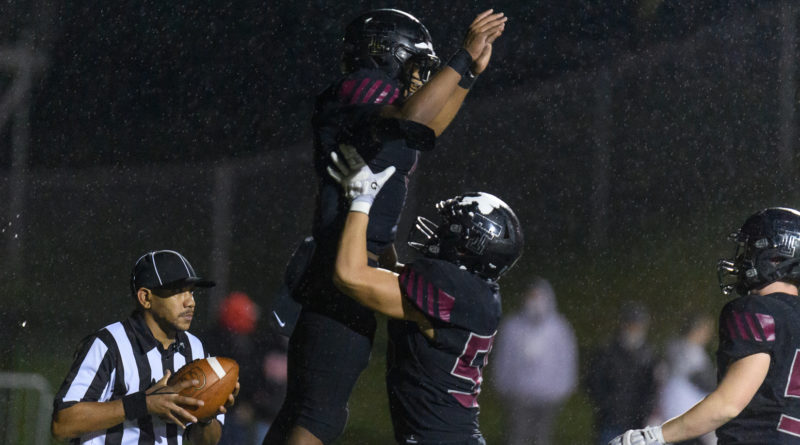 Peter Burke and Noah Ogoli caught touchdown passes from Jackson Jones and Malik Ross and Jack Wagner ran for scores to propel the Timberwolves (11-1) to the home-field win over the Storm (9-3) of northwest Bend.

The Storm, who hadn’t allowed more than 28 points in a game this season, returned an interception for a touchdown and led 7-6 after the first quarter but trailed 27-7 at halftime.

Ross, coming off a six-touchdown game last week against Westview, had 18 carries for 150 yards and the touchdown, early in the second quarter, that gave the Timberwolves the lead for good. In 12 games this season, he has rushed for 21 touchdowns, caught four scoring passes and returned two kickoffs for touchdowns.

Jones completed 17 of 27 passes for 158 yards and the two scores, giving him eight games out of 10 this season with at least two scoring passes.

The Timberwolves advanced to the OSAA Class 6A semifinals for the first time since 2010, when they reached the state championship game.

The Storm won 10 of their previous 11 games, all of the victories by at least 17 points, as they surpassed the program’s win total from the previous three seasons combined.