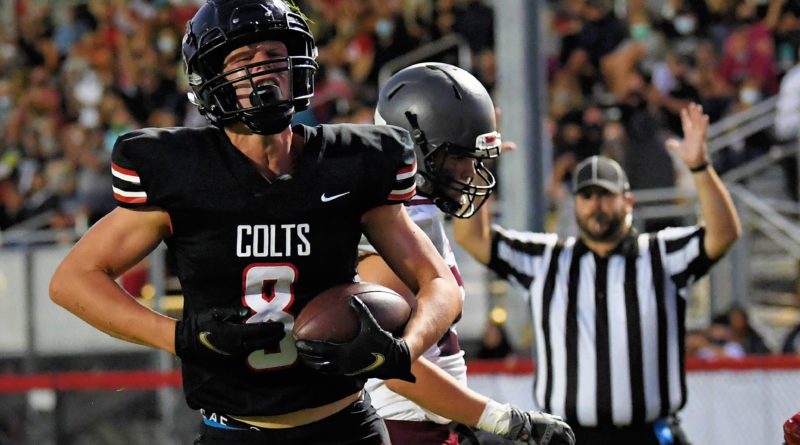 Bryce Indell ran for two scores and the visiting Colts of Springfield capitalized on six Wildcats turnovers for the victory at McNary High School in Keizer.

Indell’s first score, from 14 yards, made it 7-0 three minutes into the game. Gavin Knights reached the end zone from 25 yards for a 14-0 Colts lead later in the first quarter.

After Jay Rummell-West scored from a yard out to pull the Wildcats (11-1) within 14-7 three minutes before halftime, the Colts (10-0) stretched the lead on the first of Gavin Levesque’s two field goals and quarterback Alex Boring’s touchdown run.

Chase Hix threw a touchdown pass to Jack Johnson to bring the Wildcats within 24-14, but Indell’s second touchdown and Levesque’s second field goal iced the victory.

Friday’s game marked the third consecutive postseason these teams have met, all three games won by the Colts. They defeated the Wildcats on a late field goal for the 2018 championship and defeated them in the 2019 quarterfinals.