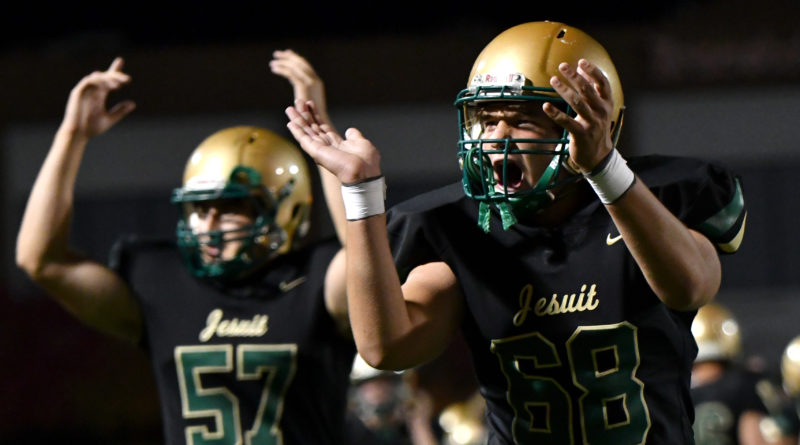 Michael Rincon scored the Crusaders’ final five touchdowns as they outlasted the Lakers at Cobb Field in Lake Oswego.

The game featured five tie scores. Neither team led by more than one score until the fourth quarter, when Rincon’s touchdowns gave the Crusaders (11-1) of Southwest Portland breathing room.

The Lakers ended the Crusaders’ playoff runs in each of the previous three postseasons.

The Crusaders (11-1) made it 49-35 one minute later when Rincon found the end zone from near midfield.

The Lakers weren’t done. Jack Layne, who exceeded his previous season high of four touchdown passes with six, connected with Owen West on a score that made it 49-42 midway through the final quarter.

After the Lakers regained possession, a lost fumble ended up turning into Rincon’s final score, which produced a 56-42 lead for the Crusaders.

Layne connected with West again with about a minute left to account for the final margin. Layne also threw scoring passes to Justius Lowe (two), Gabe Olvera and Zach Jarrett.

Friday’s game was a rematch of a 2019 OSAA Class 6A semifinal, which the Lakers won 28-21 to extend their win streak in the series to five.