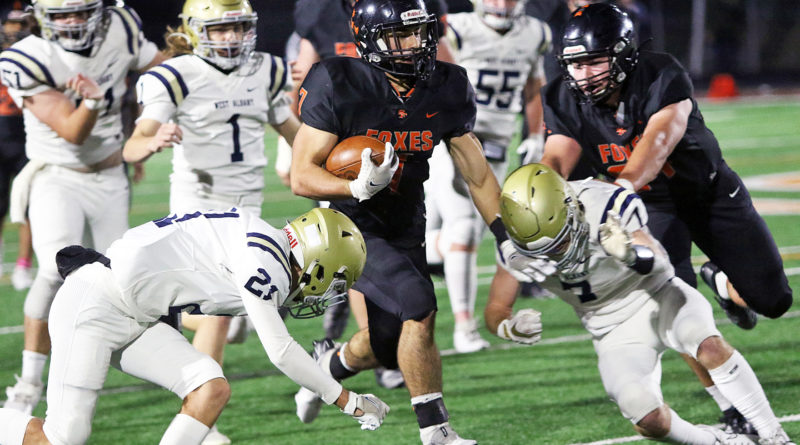 The Foxes (11-1) scored touchdowns in all three phases of the game on the way to eliminating the Bulldogs (10-2) in a quarterfinal at McMinnville High School.

Austin Ratliff caught three touchdown passes from Jordan McCarty (who also ran for a score) for the Foxes, who beat the Bulldogs 28-21 in their Week 8 Mid-Willamette Conference meeting.

The Foxes’ Vandon Fessler returned one of the three interceptions Silverton made for a touchdown, and Nolan Meyer blocked a punt and returned the ball for another score.

Silverton’s margin of victory was the greatest against West Albany — which was making its third consecutive semifinal appearance — since the Bulldogs returned to Class 5A competition beginning with the 2018 season.