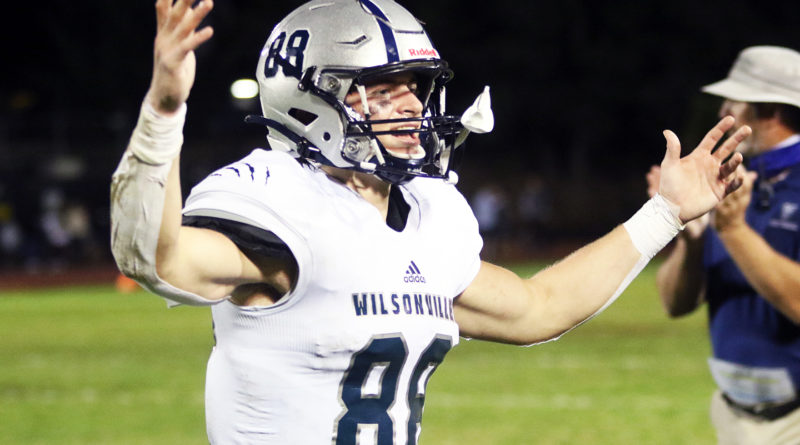 Chase Hix had another productive night at quarterback, passing for four touchdowns to lead the Wildcats (11-0) to their 15th consecutive on-field win dating to the start of their 6-0 spring season.

Kellen Hartford, Cooper Hiday, Jack Johnson and Rochne Beecham caught touchdown passes from Hix, who last week passed for 502 yards — the most in any Oregon Class 5A game in the past four seasons.

Johnson returned an interception more than 70 yards for a score, and Jacob Ogden found the end zone on the ground for the Wildcats, who hit the 40-point threshold for the seventh time this season.

The Eagles’ Trenton Hughes passed to Ryles Buckley for a score and ran for one himself. Hood River Valley’s defense got an interception from Joey Frazier.

For the Wildcats, Nick Cooper recovered a fumble, and Nick Colyer and Hiday had interceptions.