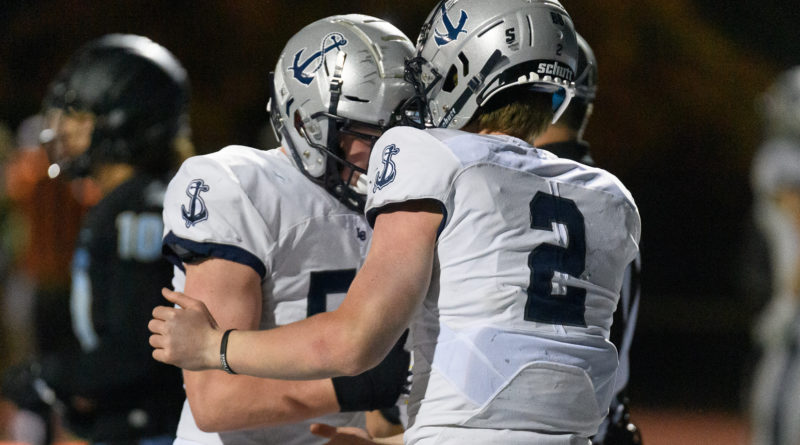 Gabe Olvera caught three touchdown passes from Jack Layne — including scores of 50 and 80 yards — and the Lakers’ defense held firm late in the victory over the Celtics (7-4) of Keizer at Cobb Field in Lake Oswego.

Layne had a short touchdown run late in the first quarter to stake the Lakers (10-1) to a 7-0 lead, which grew to 21-0 before the Celtics got on the scoreboard with Tyler Copeland’s 30-yard pass to Braiden Copeland soon after halftime.

The 80-yard scoring connection between Olvera and Layne made it 28-7, and after the Celtics closed to 28-14, Justius Lowe returned the kickoff to midfield, from where Layne hit Olvera for his 50-yard scoring catch.

When McNary tried to catch up in the fourth quarter, the Lakers answered. Gavin McGuire and Zach Jarrett combined on a sack for a turnover on downs on one drive, and Owen West made an interception to thwart another Celtics possession.

Olvera’s three touchdown catches ties for the most in an OSAA Class 6A playoff game in the past four seasons.

Layne passed for four touchdowns for the fifth time in 11 games this season and ran his season total to 32 touchdown passes.