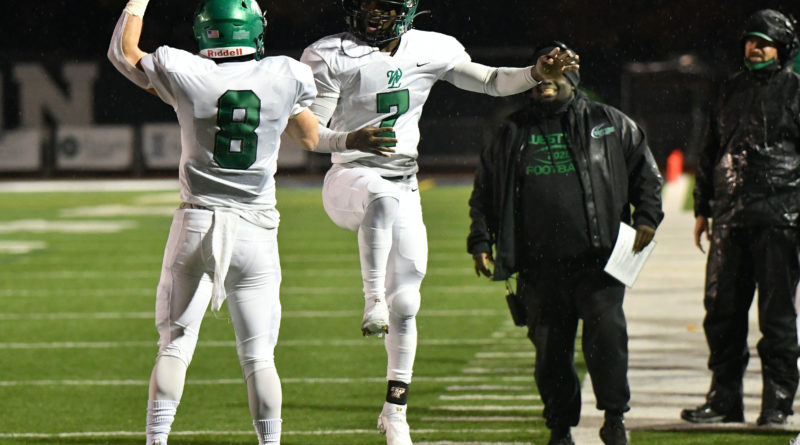 Four touchdown plays of more than 40 yards were more than enough for the Lions to defeat the visiting Saxons (6-5) at Pioneer Memorial Stadium in Oregon City.

Hamper’s first scoring run went for 55 yards. After Harmon’s touchdown passes to Reininga made it 21-0, Hamper scored on a 59-yard run and from two yards for a 34-2 lead.

Sakys’ first touchdown pass went for 55 yards to Zach Stefanich, and after Hudson Staats returned an interception for a touchdown, the Lions led 48-2 after three quarters.

Javier Ramirez-Perez scored on a nine-yard run late in the fourth quarter for the Saxons.