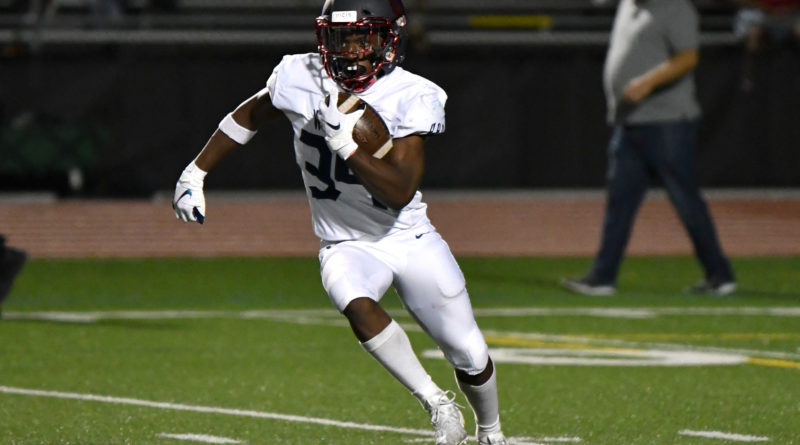 Jordan Fisher ran for 294 yards and six touchdowns for the Wildcats, who pulled away from the Bruins (6-5) in the third quarter for the home-field win.

Fisher carried 24 times in posting a season high in yards and touchdowns. The junior has 16 rushing touchdowns in his past four games and has two games this season with at least five touchdowns — a feat accomplished twice previously in the past four seasons of Oregon Class 6A football (Mountain View’s Jonas Larson in 2018 and Lake Oswego’s Casey Filkins in 2019).

Fisher opened the scoring with a 93-yard run for the Wildcats (9-1) of Northwest Portland. The Bruins answered each of Fisher’s first three scores — getting scoring runs from MacDonald, Jake Fay and MacDonald again to pull within 21-20.

Drew Bennett caught a 39-yard touchdown pass from Sam Leavitt and Fisher scored his fourth touchdown before halftime to stake the Wildcats to a 35-20 lead.

MacDonald’s third touchdown brought the Bruins within 35-26, but the Wildcats kept Barlow at arm’s length the rest of the way.

Leavitt was 11 of 17 for 202 yards and two scores, to Bennett and Darrius Clemons. Bennett was in on 10 tackles and added to his Class 6A-leading interception total with his seventh of the season.