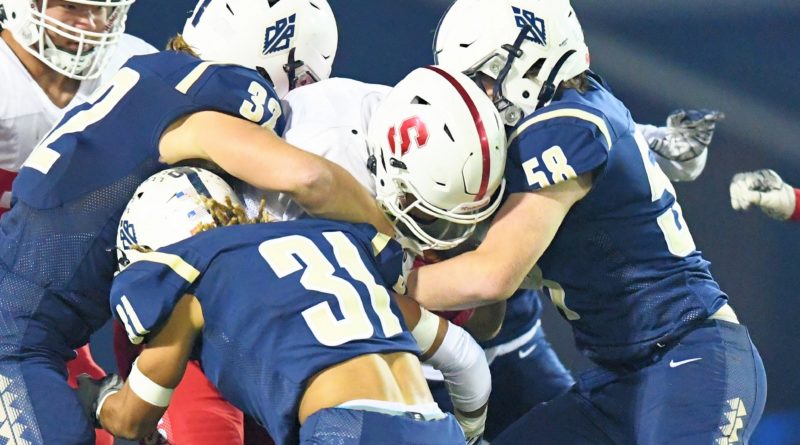 A 15-0 run in the final four minutes of the second quarter boosted Banks (9-1) to a 22-point lead en route to the win over the visiting Mustangs (5-4) of Grants Pass in a game played at Hare Field in Hillsboro.

The game was a rematch of a Week 3 meeting in Grants Pass, which Banks won 35-0.

Logan Kind returned an interception for a touchdown as part of a Banks defense that posted its fifth shutout in nine on-field games this season.

Jamar Flippen carried 15 times for 125 yards and a touchdown to drive Banks’ running game. Cooper Gobel (9 of 16, 173 yards) passed for touchdowns to Aaron Brown and Charlie White and threw one interception.

Banks also had a defensive touchdown in the regular-season game against the Mustangs, with White returning a fumble for a score.