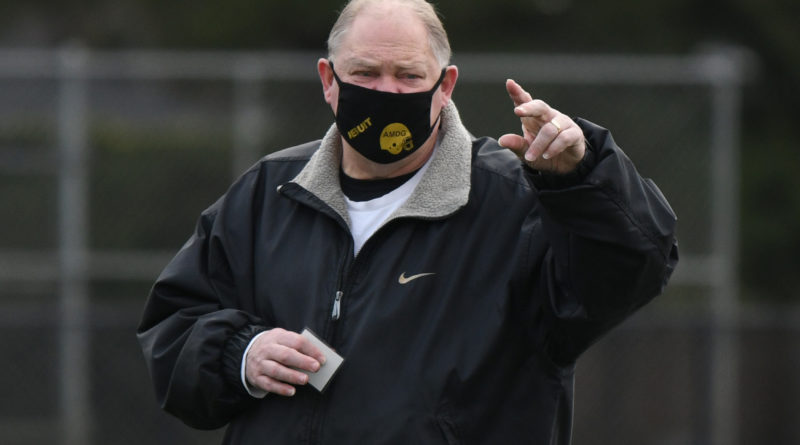 The Crusaders of Southwest Portland won the Metro League title outright with the home-field victory over the Apollos (5-4, 3-3 Metro) at Cronin Field.

The Crusaders, who have earned at least a share of eight consecutive Metro League championships, gave coach Ken Potter his 333rd victory. Potter was tied with former Roseburg coach Thurman Bell for second on the Oregon coaching wins list.

The Crusaders (8-1, 6-0 Metro) went ahead 7-0 at the end of a 16-play, 72-yard drive, which was capped with a five-yard touchdown run by Michael Rincon. Jesuit recovered a fumble on the Apollos’ first possession and turned it into another touchdown run by Rincon for a 14-0 lead with 3:14 left in the first quarter.

The Apollos of Northwest Portland, who ended a 26-game losing streak to the Crusaders in the spring season, had three drives stall inside Jesuit’s 20-yard line.

The Crusaders, held to a combined 20 points in their first two games, have scored 42 or more in their past five contests and have won their past seven. They have posted defensive shutouts in back-to-back weeks and in three of their past four games.