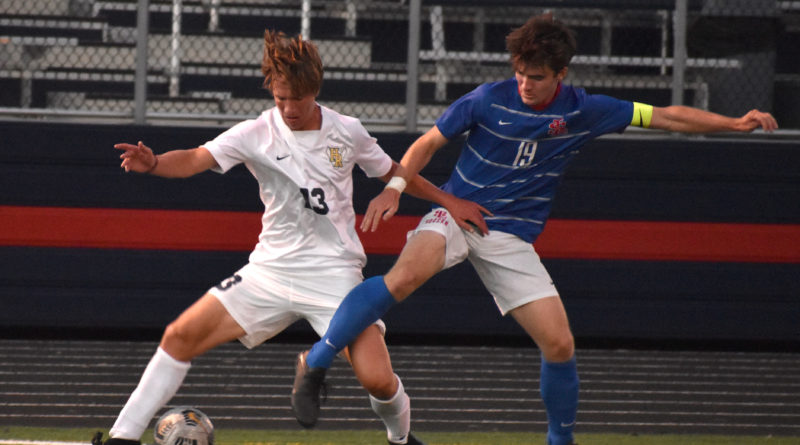 This week, we’re taking a position-by-position look at some of the top players in Oregon high school boys soccer. Our second list focuses on the defenders. (Goalkeepers)

There are hundreds of standout soccer players in Oregon and these lists are not intended to be comprehensive! Let us know about any other defenders you think should be added.

Beaman has been one of the top defenders in Class 3A/2A/1A the past three seasons. He was a first-team all-state selection as a sophomore and a first-team all-league pick during the spring season, when the Bruins outscored opponents 71-6 and went 10-1-1. He is a three-sport athlete and class officer who is looking at several smaller colleges to continue his career. “His game intelligence and vision help him control each game,” said his father and coach, Jess Beaman. “He takes quick, good touches under pressure and controls the defense. Virtually nothing gets past him.”

Friedman was an all-Northwest Oregon second-team selection at center back two seasons ago, when the Wildcats made their third Class 5A final appearance in a five-year span. He has played on the varsity all four seasons, and “he brings that experience out as a captain,” said Wilsonville co-coach Ian Reschke. “He’s winning a lot of those aerial balls and really settling the ball down at times, then sending those long balls when we need to stretch the defense.”

Huntsman moves between center back and a central defensive midfield role for the Tigers, helping them post seven shutouts and allow just two goals in eight games during the spring season. He’s also a top javelin thrower, winning the Greater Oregon district title and placing fourth at the Class 4A state meet.

Lee moved from left wing, where he played in the midfield his first couple of seasons for the Wildcats, to left fullback this season. He’s battling through an injury but helps solidify the defense on that side of the field. “He’s very savvy on the ball and knows what to do with it,” said Wilsonville co-coach Ian Reschke.

Your first glance at Pyne during warmups won’t hint at what you’ll see from him during a game. “He’s such a quiet kid, and you’d never know he’s such an animal on defense,” said Wildcats co-coach Ian Reschke. “I think that takes some teams by surprise. He reads the game so well, anticipates plays before they happen, and is a good one-on-one defender.”

Ulloa-Ford is a two-sport standout for the Vikings, pitching for the baseball team and providing a tough defensive presence along the back line on the soccer pitch. “He is physical and anticipates offensive movements extremely well,” Mazama coach Justin Davidson said.

Williams, who was born in Maine before moving with his family to the Salem area, has returned from injuries that limited his junior season in the spring to help lead a defense that had five shutouts during a 6-3-1 start.

Hamlett started at center back for the Eagles’ back-to-back Class 3A/2A/1A state championship teams in 2018-19 after being named the Portland Timbers’ 2018 ODP (Olympic Development Program) Player of the Year. He’s being recruited by several schools with an eye toward medical school one day after connecting with his physical therapists while recovering from a knee injury during his freshman year. “Joshua’s a dominant force in the air, an excellent organizer, and a natural leader who makes everyone in the program feel appreciated,” Catlin Gabel coach Peter Shulman said. “He can quickly drain the confidence out of the opposition’s attack.”

O’Brien is better known for his play on the baseball diamond, where he was a first-team all-Northwest Oregon pick, but he also is a “tough-as-nails defender,” as Falcons coach Monty Hawkins described him, who can play centrally or at left back. He also is an artist who will submit his AP 3D Art & Design portfolio this year. “Aidan reads the game very well and has great timing in winning tackles,” Hawkins said. “He also provides a great bonus with a polished left foot delivering passes and crosses from the back.”

Schneiter became an instant starter at center back upon entering high school and could become a four-year all-league player by the time his career ends. “Coen is a big, fast, skilled defender who will dominate in the air and on the ground,” his father and coach, Hans, said. “He reads the game exceptionally and can restart possession or start counterattacks out of the back after winning the ball.”

Rebuelta made the all-Intermountain honorable mention list as a freshman, then moved up to the second team as a sophomore. Ravens coach Jimmy Kim called him “one of the hardest-working and nicest young men you will ever meet. He is very coachable and a great leader.  He is highly skilled but always working to keep improving.”

When Perez isn’t cooking a dish he picks up watching culinary shows starring his favorite chef, Gordon Ramsay, he’s busy starring as “one of the most complete players I’ve coached,” said Bulldogs coach Leroy Sanchez. “He can play any position on the field, but in my opinion is one of the best center backs in the state. He’s extremely fast, has amazing vision, and is an intelligent and very composed player.”

Diaz was an honorable mention all-Pacific selection his first two seasons with the Vikings and made the second team during the spring season. He played for the Timbers Alliance Showcase U19 semifinalists in 2019 and the FC Portland College Showcase U19 champion in 2020. “He’s one of the strongest defenders in the state technically and tactically,” Forest Grove coach Gracey Mosquera said.

Henley was a first-team all-Cowapa selection during the spring season for a Banks program that just five years ago played a JV schedule due to several factors. “Kainoa fully commits to every moment,” Banks coach Jimmy Bogroff said. “He’s a versatile player and one of our captains.”

Ruelas was a second-team all-Mt. Hood selection as a sophomore as a center back. He anchored a defense that posted six shutouts during the spring season and allowed 13 goals through nine games this season. He has been invited to the ’04 National Camp next month. “We call him ‘Abuelo’ (Grandfather) because he has been a starter since his sophomore year and looks way older than he really is,” Eagles coach Todd Saks said.

Richter earned his nickname during a team bonding exercise when his teammate forgot his name and called him Klaus. The name stuck, but he’s become an unforgettable force in the Falcons’ defense. “He is a rare defender who can set up play from the back with excellent passing and jump-start the counterattack after winning the ball in transition,” La Salle Prep coach Monty Hawkins said.

Babcock is a two-sport standout in the fall for the Millers. He not only is a four-year varsity player and team captain who has played soccer since the age of 5 and for the Pelada Football Academy since seventh grade, but he also has been the placekicker for the football team since his freshman year. “For me, coaching Kyle has been a great journey,” Springfield coach Juan Gonzalez said. “He is the player that every team would like to have. He is coachable and very smart. He will be the key for our success in our season.”

Rangel typically starts at center back but also can play as a holding midfielder, keying a Generals defense that posted eight shutouts in 10 spring games and four shutouts in Grant’s first six games this season. Rangel, who has drawn interest from Colorado School of Mines and Pomona-Pitzer, also had a goal and two assists in the spring. “Sebastian is a student of the game and reads the game very well,” Grant coach Erik Miller said. “This allows him to win the ball back in key areas and start our attack. He’s calm on the ball in possession and can play a wide range of different passing options when playing forward. He’s big in the air and a threat going forward off corners and set pieces.”