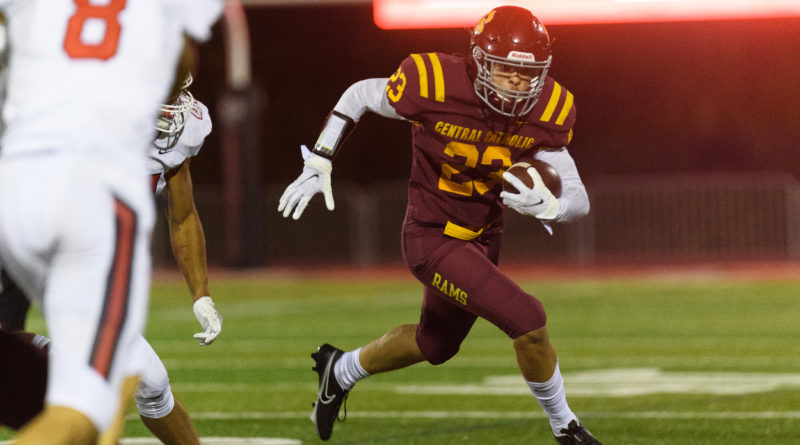 For the first time in the fall 2021 OSAA Class 6A football season, there is a unanimous No. 1 team in the SBLive Oregon media poll.

Central Catholic (9-0, including a forfeit win) received all 21 first-place votes from media members across Oregon after Week 8 of the season.

The most recent previous unanimous No. 1 was West Linn in the spring OSAA season. The Lions swept all first-place votes after weeks 4 through 6.

The only other team to be a unanimous No. 1 in the past four years of media polls (including two seasons when polling was conducted under the auspices of The Oregonian/OregonLive) was Tigard, after weeks 7 and 8 of the 2019 season.

Each week throughout the football season, SBLive Oregon’s high school sports contributors and other members of the Oregon media will be voting on the top 10 teams in Class 6A, 5A and 4A. Here’s how the Class 6A media vote shakes out entering Week 9. (Photo by Ken Waz)

(Note: If you cover high school football in Oregon and would like to vote in future polls, email jd@scorebooklive.com.)