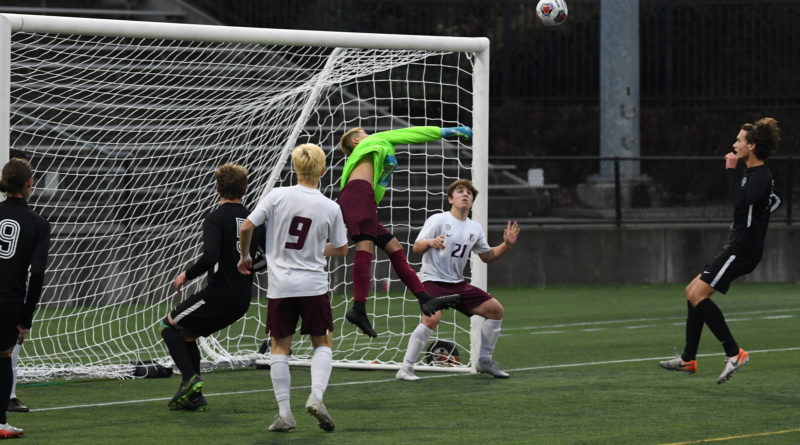 This week, we’re taking a position-by-position look at some of the top players in Oregon high school boys soccer. Our first list focuses on the goalkeepers.

There are hundreds of standout soccer players in Oregon and these lists are not intended to be comprehensive! Let us know about any other keepers you think should be added.

When first-year Eagles coach Jason Housley watched Wong make his first save during tryouts, he knew his team’s long-term needs at goalkeeper were set. “I knew then he was special,” Housley said. “What a blessing to have a freshman keeper of his caliber. Gabe is extremely smart, and once he gets a few more games under his belt, he will be one of the strongest keepers in the state.”

Nelson took over this season from all-Northwest Oregon keeper George Krecklow, and though he’s had a couple rough patches — including a three-game stretch in which he allowed eight goals and the Wildcats went 0-3 — co-coach Ian Reschke has faith that come the postseason, he’ll be a solid presence in net. “He brings a lot of experience through his club team, and he’s just a really solid leader as a junior,” Reschke said.

Whetzel was an honorable mention all-league selection in the spring, when the Olympians played in a Salem-area league, and he averaged nearly 12 saves per game (133 total). “Brody is the definition of leadership,” Sprague coach Juan Perez said. “A lot would not dare to face the athletic challenges he has, yet he thrives with a smile, ready to push and motivate his team through a new challenge every day.”

Laitinen plays year-round for the Vikings and his Klamath Falls club team, and Mazama coach Justin Davidson hopes he’ll lead a turnaround for the program. “Jonathan has a great eye for the game and will be an outstanding addition to the defensive end of the field,” Davidson said. “He communicates and anticipates very well.”

Rhodes took over the starting job in net for the Cardinals as a sophomore during the spring season and recorded four clean sheets and allowed only six goals in 11 matches. The aspiring pilot “is only getting better, smarter and stronger,” said Lincoln coach Pablo Dipascuale.

While the Warriors advanced to the 2019 Class 6A state semifinals on the strength of the state’s top offense (78 goals), Garza quietly had a strong season, making the all-PIL second team while allowing 16 goals in 18 games and posting eight shutouts. He followed by allowing 13 goals in 12 games during the spring season and made the High School All-American Watch List in the preseason. “Ibrahm is an incredible talent and has worked hard the past few seasons and offseasons to improve his game,” Cleveland coach Nicholas Yoder said.

English shows off his athleticism every time he does a backflip at practice or makes a save during a game. He had four shutouts as a junior during the spring season and had two early shutouts this season with a 1.11 goals against average. “A great leader, explosive and with quick hands for shot stopping,” Falcons coach Monty Hawkins said. “He also provides exceptional distribution with both hands and feet.”

Lavier hadn’t received any formal training as a goalkeeper until this season, when Tariq Miller took over the Dragons program. “His reactions are unmatched, and his work ethic makes him quick to pick up what needs to be done,” Miller said.

Esquivel never wanted to be a goalkeeper during youth soccer, but his mother recalled that he put himself there to avoid running on the field. He’s grown into the position, making the all-Mid-Willamette honorable mention list as a sophomore.