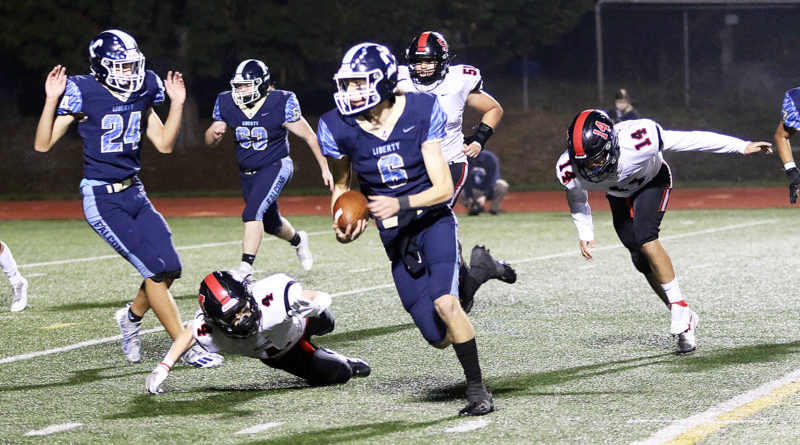 Five players scored touchdowns for the Falcons, who gave up the first touchdown but then reeled off 21 consecutive points in the victory over the host Jaguars (1-7, 1-3) in a Pacific Conference game between Hillsboro schools.

Quarterback Hiro Diamond passed for 177 yards and three touchdowns and had 24 carries for 117 yards and two scores. In addition to his touchdown catch, Steinbach carried nine times for 84 yards and a touchdown.

Mitch Mahlum had a sack and a tackle for loss, and Zain Kiser made an interception for the Falcons’ defense.

Liberty will play Sherwood in Hillsboro next week for the Pacific championship.