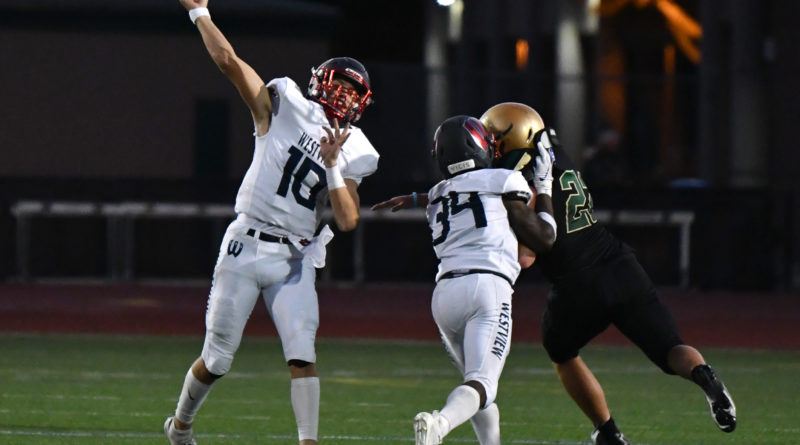 Sam Leavitt passed for 408 yards and four touchdowns and Darrius Clemons and Brock Jolie combined for more than 300 yards receiving as the Wildcats of Northwest Portland defeated the Panthers (1-7).

Leavitt completed 19 of 29 pass attempts. His first scoring pass went to Drew Bennett, and the junior quarterback connected with Clemons on a 62-yard scoring play later in the first quarter.

The Panthers moved the ball in the first quarter but had two promising drives come up empty. Deacon Edgar, who missed last week’s game with a back sprain, scored South Medford’s touchdown late in the game on a four-yard run.

Clemons caught six passes for 169 yards and Jolie had five catches for 143 yards — including a 20-yard touchdown and another grab that went for 71 yards.

The Wildcats were the fifth team the Panthers played this season who are in this week’s SBLive Class 6A top 10.