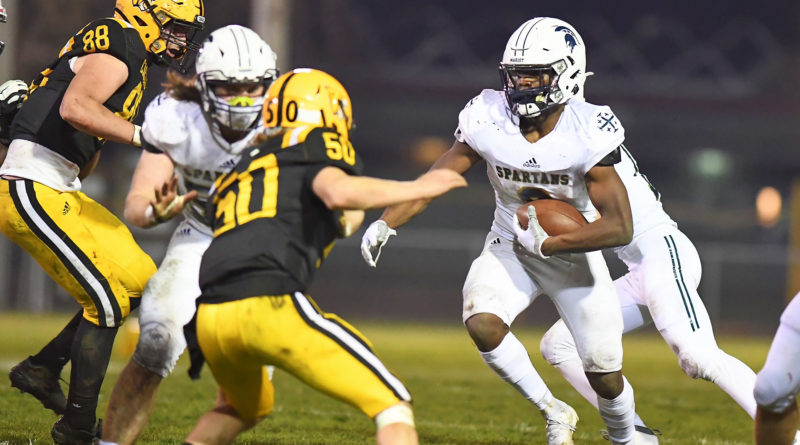 Cole Tyner had an interception in the first half, and the Spartans of Eugene held the visiting Falcons (2-7, 1-3) scoreless until the final two minutes in their Sky-Em League victory.

Colton Leturno scored on a one-yard keeper for the Falcons.

Carter Greene passed for touchdowns of 24 and 50 yards, Lucas Tuski had scoring runs of 21 and 64 yards, and AJ Sargent returned a punt 55 yards for another touchdown for the Spartans (7-1, 3-0).

The Spartans exceeded 40 points for the seventh time in eight games, the exception coming in their 38-33 loss to Cascade in Week 6. They close the regular season next week with a game at No. 1 Marshfield of Coos Bay.