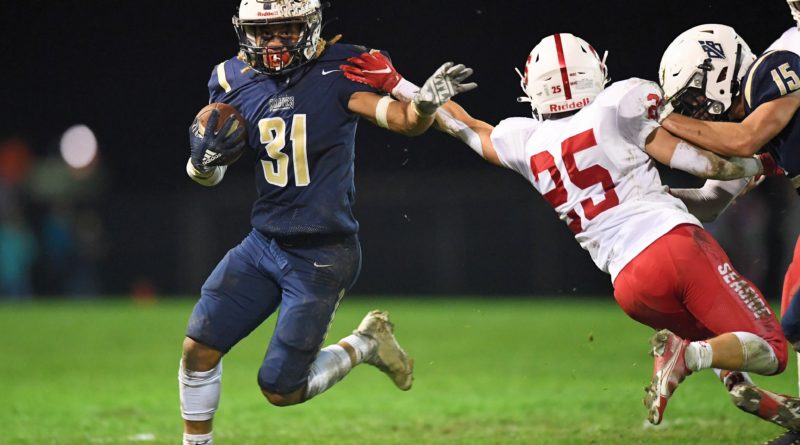 Jamar Flippen ran for touchdowns of one and 57 yards and returned a punt 52 yards for Banks’ final score in the victory over the visiting Mustangs (3-5, 1-3 Cowapa League).

Daevon Vereen had 3½ sacks and forced a fumble as Banks held the Mustangs to minus-6 yards rushing. Banks posted its second shutout in succession and its fourth of the season.

The Mustangs threatened to score with a drive that reached the Banks 3-yard line two minutes before halftime. A penalty and two sacks pushed them back to the 35-yard line, and the drive ended with a turnover on downs.