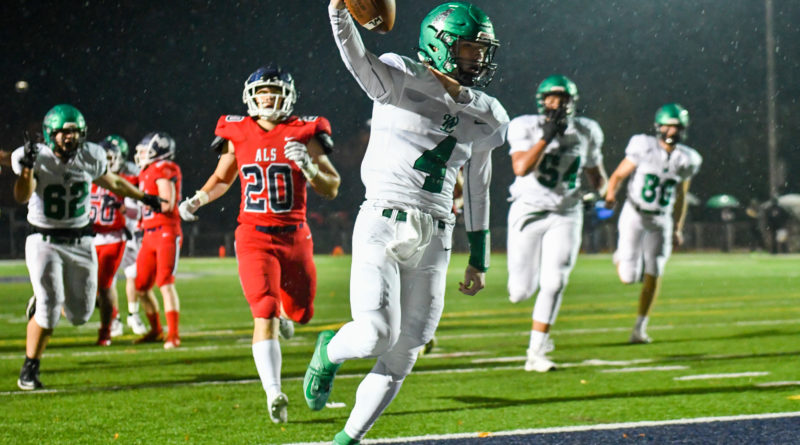 Gage Hurych’s field goal in the third quarter broke a 14-14 tie and gave the Lions the lead for good, and West Linn held the Lakers scoreless after halftime in the Three Rivers League game in Lake Oswego.

Earl Ingle’s touchdown run gave the Lions (7-1, 3-1 Three Rivers League) a 7-0 lead, but the Lakers (7-1, 3-1) evened the score in the first quarter on a touchdown catch by Justius Lowe. Lake Oswego went ahead 14-7 on a 53-yard pass from Jack Layne to Gabe Olvera, who made a leaping catch at the 27, bounced off a defender and ran the rest of the way untouched to the end zone for a 14-7 Lakers lead.

The Lions made it 14-14 before halftime on Ingle’s touchdown pass to sophomore Wiley Donnerberg.

In the fourth, the Lions got touchdown runs by Mark Hamper and Jaxon Steinhauer to build on the three-point lead that Hurych’s field goal created. Hamper also made an interception to thwart a Lakers drive. Another second-half Lakers drive into Lions territory ended on downs.