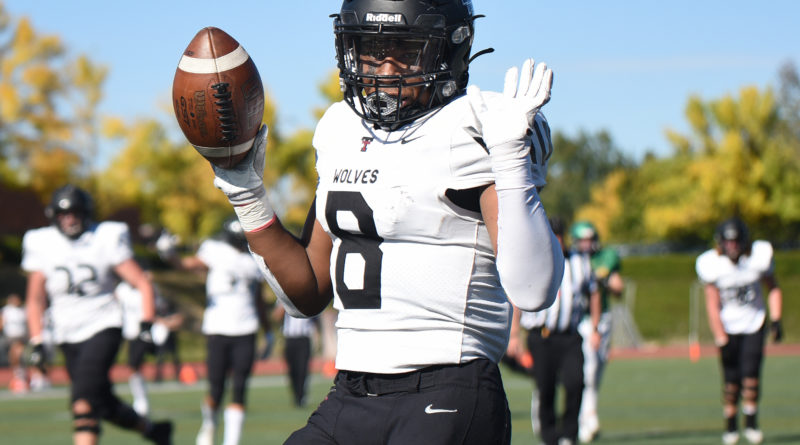 Tualatin amassed 476 yards on the ground. Jack Wagner had 82 yards on four carries, and Noah Ogoli scored an 81-yard touchdown on his only carry.

Timberwolves quarterback Jackson Jones was 8 of 13 for 128 yards and a touchdown to Peter Burke, who had three receptions for 49 yards.

Ogoli and Kellen Hale led the Timberwolves with six tackles apiece. Ogoli also made an interception, and Hale had two sacks, as did Brayden Michael.