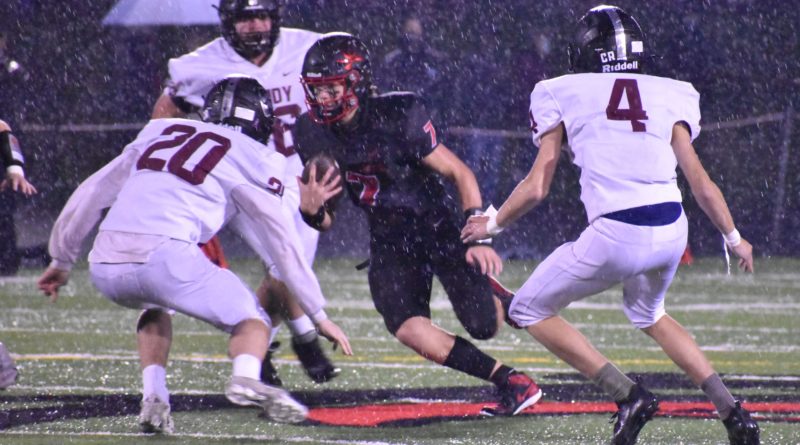 Luke Ash ran for two touchdowns, Keontae Johnson-Gibson returned an interception 80 yards for a score, and the Cavaliers defeated the Pioneers in a Mt. Hood Conference game in Clackamas.

Quarterback Teague Clemmer ran for a touchdown in the fourth quarter for the Pioneers (6-2, 5-2).

Blake Baker passed for two scores — to Miles Williams and K.J. Johnson-Gibson — and Mateo Maehara had a touchdown run that pushed the Cavaliers (8-0, 7-0) to a 13-0 lead two minutes into the second quarter.

The Cavaliers will face No. 2 Central Catholic next Friday at Hillsboro Stadium for the Mt. Hood Conference championship.

Johnson-Gibson’s interception was his third of the season, two of which he has returned for touchdowns.

Ash’s two scores give him 15 rushing touchdowns this season. Thursday’s game was his sixth out of seven in which he has rushed for at least two touchdowns.