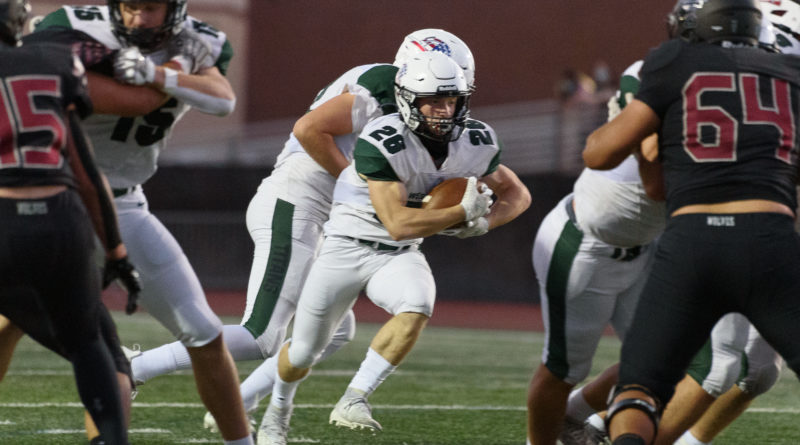 The Portland area high school sports landscape would not see many changes under the latest proposal by the OSAA Classification and Districting Committee released this month.

The five Portland Class 6A leagues would see only one team move out, with Canby dropping from the Three Rivers League to 5A and joining the Northwest Oregon Conference. The Cougars already play in the NWOC West in football.

The PIL, Metro, Pacific and Mt. Hood retain their current membership under the proposal.

If the OSAA Executive Board approves this proposal as-is, it would leave 51 schools in the state’s largest classification, down from 55 in the current cycle. Class 5A would stay at 32 teams, while 4A would have 31, three fewer than this school year. Class 3A would swell from 35 to 46 schools, 2A would drop from 47 to 38 schools and 1A would go from 91 to 94 schools.

The biggest change would come from the elimination of the Mountain Valley Conference that joined the six Salem high schools with three Bend schools. While the Oregon legislature gerrymandered a Santiam Pass congressional district for the next 10-year cycle, the OSAA found the Santiam Pass league unpopular on both sides of the mountains.

Instead, five Salem schools would form the Central Valley Conference in Class 6A, while McKay successfully petitioned to drop to 5A and would join the Mid-Willamette Conference. North Salem would jump from 5A to 6A under the proposal, while Woodburn would move back to 5A after four years as a member of the 4A Oregon West Conference.

The Bend schools (now numbering four with the addition of Caldera this fall) would rejoin the Intermountain Conference with Crook County, Redmond and Ridgeview. Hood River Valley would move from the IMC to the NWOC, while The Dalles and Pendleton would drop to 4A — the Riverhawks moving to the Tri-Valley and the Buckaroos to the Greater Oregon League.

The 6A Southwest Conference also would add a member, with Willamette jumping from 5A to 6A. Besides losing Willamette, the 5A Midwestern League also would see North Bend depart to the 4A Sky-Em League. The OSAA wanted both the Southwest and Midwestern leagues to have seven members to allow for local crossovers when scheduling nonleague games.

Other teams dropping from 5A to 4A would include Scappoose (NWOC to Cowapa) and Parkrose (NWOC to Tri-Valley).

The Classification and Districting Committee will meet next on Monday, Nov. 1, with two more meetings scheduled before it presents its final recommendations to the OSAA Executive Board at its Dec. 13 meeting.

Once the Board approves the final classification structure, the Football Ad Hoc Advisory Committee will begin work on reviewing and providing recommendations for football classifications and districts for the next two years. The football committee, chaired by St. Paul coach and athletic director Tony Smith, will have preliminary discussions following the 6A state championship game Dec. 4, with its final proposals due before the Executive Board at its Feb. 7, 2022, meeting.