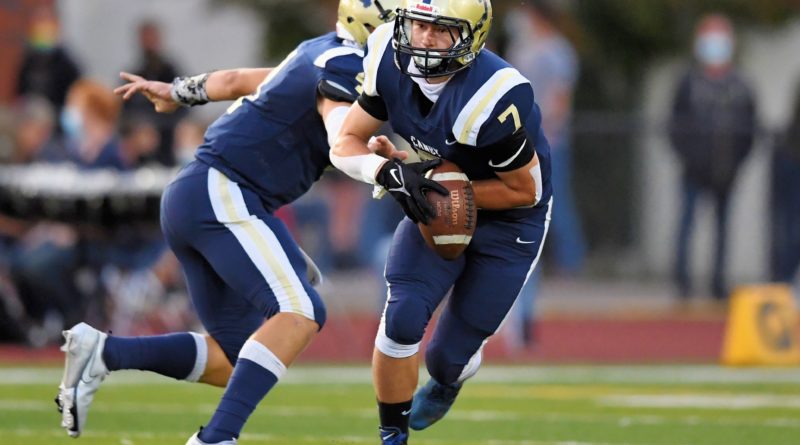 The Cougars led 27-0 at halftime and held on against Scappoose’s rally in the Northwest Oregon Conference West game at Scappoose.

Tyler Konold rushed for three touchdowns and about 225 yards for the Cougars (6-1, 5-0). Quarterback Mikey Gibson and Bryce Oliver also ran for scores.

With Scappoose down 27-0, Luke McNabb ran down a Cougars ball carrier and stripped the ball as he approached the end zone, leading to a recovery by teammate Quorey Bays. On the next play, McNabb ran 95 yards for a touchdown.

DeAngelo Macedo-Becker, who missed the first six games with injury, rushed for two touchdowns for Scappoose (4-3, 3-2).

“They made some big plays early in the third but I’m really proud about how our kids responded,” Cougars coach Jimmy Joyce said in a text.