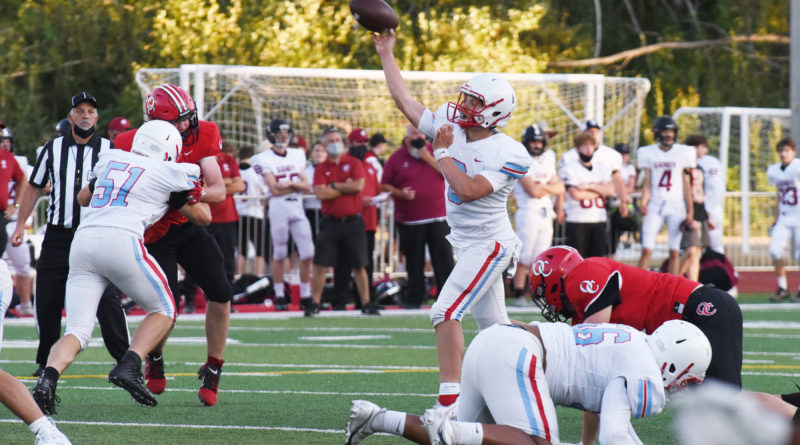 Ben Martin caught touchdown passes of 43 and 12 yards from Castillo. Jack Sorenson scored on a 91-yard pass play, Jackson Bishop had a touchdown on a 63-yard catch-and-run, and Aiden Kelly had a 55-yard touchdown run for the Lava Bears.

Daschel Smith passed for 319 yards and one touchdown and ran for three scores for the Saxons (4-3, 2-3).

After the Saxons’ final score — which produced the fifth lead change of the fourth quarter — the Lava Bears drove far enough to throw a pass into the end zone on the final snap.

The Lava Bears were without coach Matt Craven and several players because of COVID-19 issues, The (Bend) Bulletin reported.