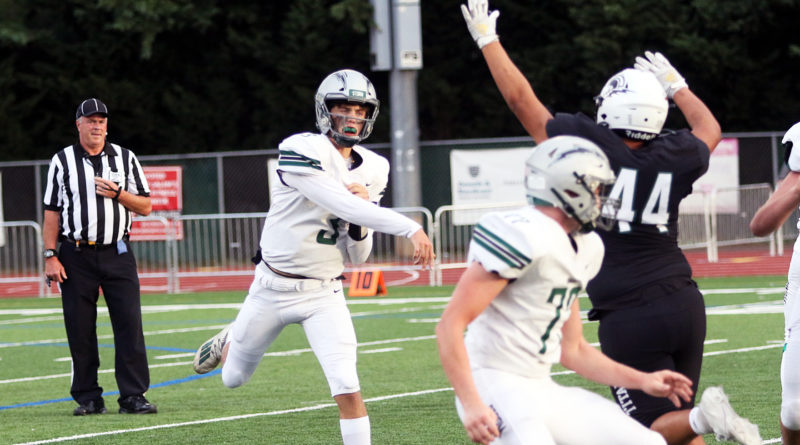 Hogan Carmichael passed for two touchdowns and the Storm’s running game found the end zone three times in the Mountain Valley Conference win over the visiting Cougars (3-4, 1-3) of northeast Bend.

Lucas Steffen and Joe Schutz were on the receiving end of Carmichael’s scoring passes. Chip Allers rushed for two scores, and starting running back Sam Stephens, a sophomore, gained 199 yards and scored a touchdown for the Storm (5-2, 4-1) of northwest Bend.

The Cougars’ Sayre Williamson delivered what was probably the most memorable play of the game, returning a kickoff from barely outside the end zone for a school-record 99-yard touchdown. Williamson had 143 yards and a touchdown on 28 carries.

Cam Smith and Jordan Kennedy had two receptions apiece as Cougars quarterback Connor Crum was 7 of 12 for 51 yards.