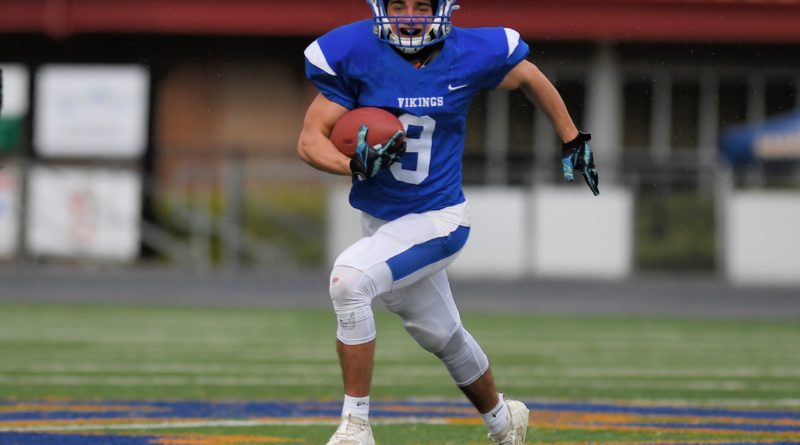 Aidan Kindt ran for two touchdowns — including a 91-yard score — and 142 yards to spearhead the visiting Vikings’ offense in the Skyline Conference win over the Mustangs (4-2, 2-1) in Grants Pass.

Tyson Van Gastel ran for two touchdowns on seven carries, Trevor Anderson had 119 yards and a touchdown on 21 rushes, and Brandon Gailey had a rushing touchdown for the Vikings (5-2, 3-0) of Klamath Falls.

Anderson and Daniel Yancey each had three solo tackles and four assists. Yancey forced a fumble on the Mustangs’ final drive. Brendon Monteith had 3½ tackles, including a third-down sack that forced a punt in the third quarter.

“They were very well-coached,” Mustangs coach Mike Fanger said in a text. “They run the ball extremely well. Really tough matchup for us. I give them all the credit.”